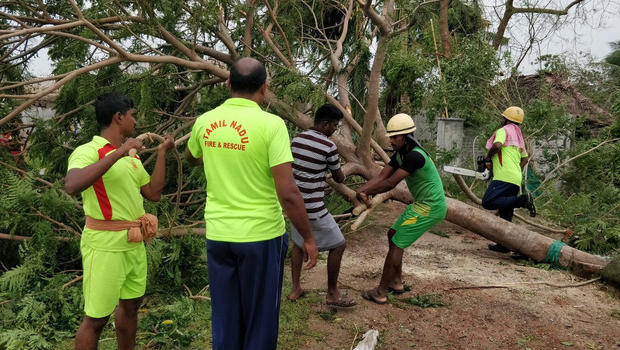 NEW DELHI — The death toll from a cyclone that hit the coast of southern India has risen to 33. India's navy has assigned two ships and a helicopter for relief work.

State authorities on Saturday rushed drinking water, food and paramedics to nearly 82,000 people who took shelter in more than 400 state-run camps. They were evacuated from areas in the path of Cyclone Gaja, which struck six districts of Tamil Nadu state on Friday with heavy rains and winds that reached 90 kilometers per hour, or 55 miles per hour.

Edappadi Palaniswami, the state's top elected official, said relief workers found 13 bodies Friday and an additional 20 on Saturday. Most deaths were caused by flooding, house collapses and electrocution. He said the cyclone uprooted 30,000 electricity poles and more than 100,000 trees. 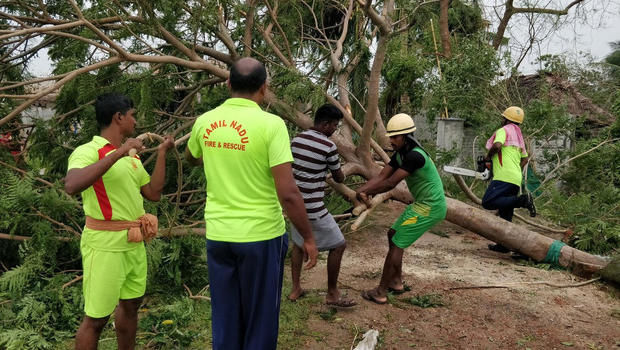 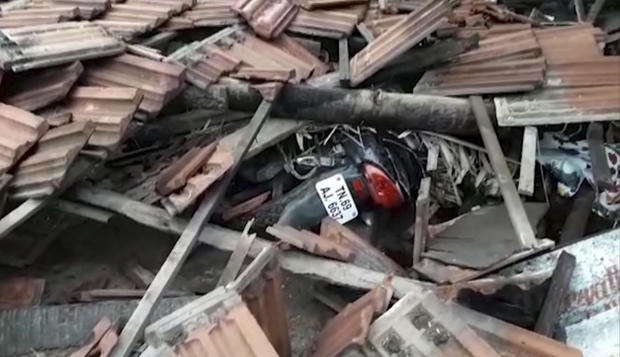