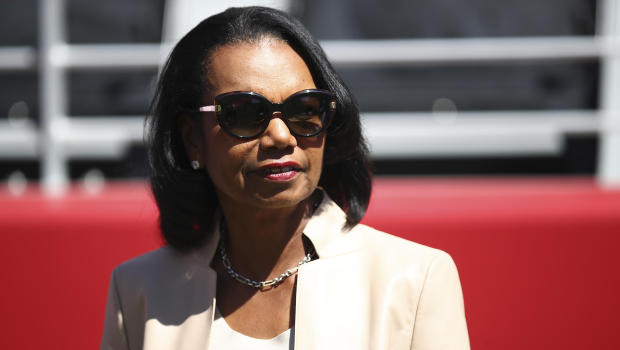 Condoleezza Rice, the former secretary of state, issued a statement Sunday saying she won't be the next head coach of the Cleveland Browns. Rice, an avid Browns fan, was responding to an ESPN report that claimed the team wanted to interview her for the coaching gig.

"I love my Browns — and I know they will hire an experienced coach to take us to the next level," she wrote in a Facebook post, adding that she hopes the NFL will begin considering women for coaching positions. "One doesn't have to play the game to understand it and motivate players. But experience counts — and it is time to develop a pool of experienced women coaches."

John Dorsey, the Browns' general manager, denied in a statement the team had discussed hiring Rice, but said the team is open to hiring a woman. The team fired Hue Jackson last month after he won just three games in a little more than two seasons. His team went 0-17 in 2017.

"BTW — I'm not ready to coach but I would like to call a play or two next season if the Browns need ideas! And at no time will I call for a 'prevent defense,'" Rice said.

Her last reference is common among die-hard Browns fans, who still bemoan then-coach Marty Schottenheimer's decision to play soft coverage in the 1986 AFC championship game when Denver Broncos quarterback John Elway led a 98-yard drive down the field for a game-tying touchdown in the game's final seconds. "The Drive" helped the Broncos defeat the Browns 23-20 in overtime, denying the Browns a trip to the Super Bowl.

Rice served as national security adviser and secretary of state in the George W. Bush administration. She returned to teach at Stanford University in 2009.

Rice discussed her love for the team during a visit to the Browns' headquarters in 2010. Her passion for the Browns dates to her early years in Alabama, where she and her father watched games together and cheered for Hall of Fame running back Jim Brown on teams coached by Paul Brown.

In 2013, she was selected to the College Football Playoff selection committee where she served until 2016. She told ESPN in 2015 that she watched an estimated 14 to 15 games every Saturday. 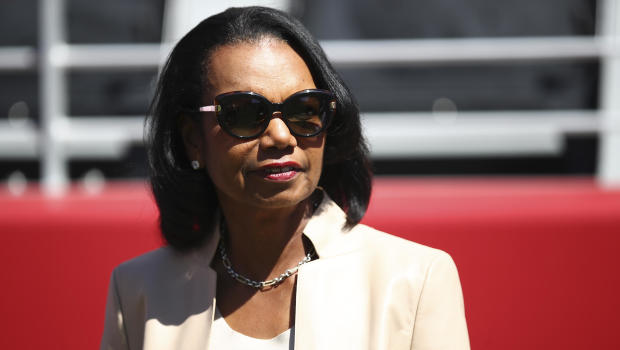