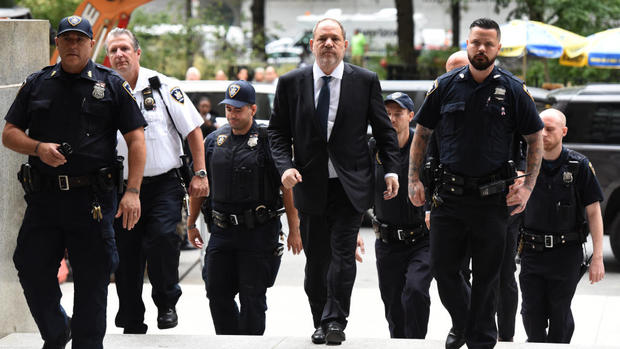 NEW YORK — The police commander who led the effort to arrest Harvey Weinstein has been removed as the chief of New York City's special victims division, part of a shake-up that was months in the making after a city watchdog found the unit was stretched too thin to properly investigate sexual assault cases.

Deputy Chief Michael Osgood, whose final weeks were marred by allegations that a top detective had compromised the Weinstein case, will take on a leadership role in Staten Island. Deputy Chief Judith Harrison takes over the special victims division, the police department announced Friday.

"We are thoroughly committed to investigating these heinous crimes," Harrison said. "If we can get better, we will get better."

Police Commissioner James O'Neill signaled changes were coming back in April when he pledged a "top-to-bottom scrub" of the unit after a report by the city's Department of Investigation showed that the sex crimes caseload had ballooned by 65 percent since 2009, but staffing levels were nearly unchanged. The police department review was just wrapping up last month when evidence of alleged investigative misconduct surfaced against Det. Nicholas DiGaudio, whom Osgood worked closely with on the Weinstein case.

Weinstein faces criminal charges in New York over allegations that he raped an unidentified woman in his hotel room in 2013 and performed a forcible sex act on a different woman in 2006. A judge last month agreed to dismiss charges related to a third accuser, Lucia Evans, when evidence surfaced that DiGaudio had coached a witness to stay silent about evidence that cast doubt on Evans' account. Afterward, police said DiGaudio was no longer involved in the case. His union has said he "was simply trying to get to the truth" and wasn't trying to influence the investigation.

DiGaudio also allegedly urged the woman, who says the disgraced movie producer raped her in 2013, to delete information from her phone before turning it over to investigators. Assistant District Attorney Joan Illuzzi-Orbon said in a letter that the information wasn't related to the case and that the woman turned over her cellphone "without any deletions" after speaking with her lawyer. Illuzzi-Orbon has insisted the remainder of the case against Weinstein remains strong.

Weinstein's lawyers said last week that they want to question Osgood in court about DiGaudio's conduct. Weinstein denies all allegations of nonconsensual sex.

Chief of Detectives Dermot Shea, who led the police review of the special victims division, thanked Osgood for his "dedication and tremendous contributions" in his eight years in charge of the unit. The head of Osgood's union said he was "not just the expert, but the innovative creator of modern day investigative techniques and policing of sex crimes offenses."

Department memos included in the report showed that Osgood had been asking for more staff for at least four years. He had also requested additional training for detectives and recommended starting a cold case squad.

The Department of Investigation report, issued in late March, found there were just 67 special victims detectives for a caseload of 5,661 suspected attacks last year, leaving the bulk of assault cases to precinct-level detectives who had less training and experience dealing with victims. As a result, police prioritized stranger rapes while sexual assaults committed by acquaintances received less attention.

Since then, the NYPD has transferred about three dozen investigators into the special victims division, freed up about a dozen more to handle cases and, as of July, is requiring that unit detectives investigate all felony sex crimes.

The added staffing has dropped the average caseload from 76.5 per detective at the end of 2017 to 63.7, and it's projected to fall further next year even if reports of sexual assaults continue to trend upward, the department said.

The department, criticized in the report for re-traumatizing victims and jeopardizing prosecutions, accelerated a program to train all special-victims investigators in interview techniques that are meant to be more compassionate and understanding than typical questioning. It's also heeding a recommendation in the report to repair police facilities to make victims more comfortable.

"We are deeply committed to doing everything and anything necessary to ensure survivors feel the safety and support needed to come forward, bravely share their experiences, and help the NYPD bring to justice those who have committed these horrific crimes," Shea said.

Shea admitted the watchdog report identified areas where the special victims division can improve, and said the changes were made with the input of the advocate community. He noted a 25 percent increase this year of reports of sexual assaults in New York City, and said advocates he's spoken with believe more people coming forward in the wake of the #MeToo movement, which was sparked in the wake of the multiple accusations against Weinstein.

"It is their belief these crimes are happening, there is no difference, and it's just now the light is being shined on it," Shea said.

Shea said Harrison, a 21-year member of the NYPD, will bring a "new set of eyes and a fresh perspective" to the unit.

Harrison has been a precinct commander in Queens and led patrol units in the neighborhoods near LaGuardia Airport. She was promoted in July to deputy chief and was assigned to the detective bureau, which oversees the special victims division.

As she takes over, the division is being streamlined into two squads — one focusing on crimes against adults and the other on child abuse, each with new leadership as a part of an overhaul of the detectives bureau. The hate crimes unit, which had been a part of the special victims division, is being moved to the special investigations division, which includes the computer crimes and major case squads.

Roy Richter, the president of the Captains Endowment Association, said Harrison is a talented commander and that he is "confident she will meet this challenge as she has excelled with others in the past." 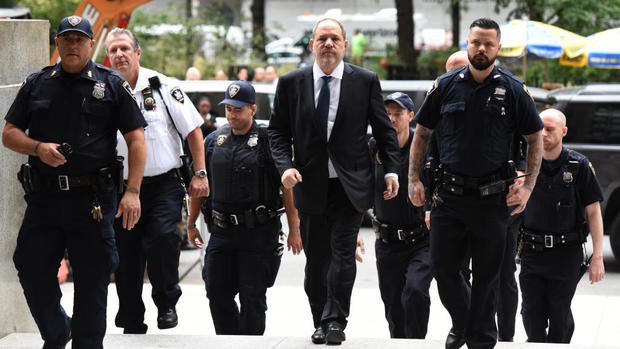