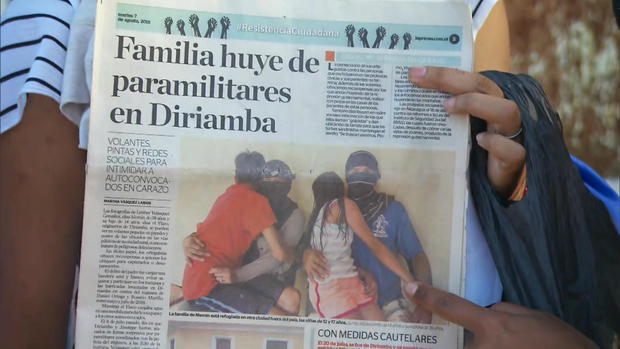 With each passing day, more migrants make it to Mexico's side of the U.S.-Mexico border. But for those who make it across, another difficult journey through the American asylum process, which requires them to prove they've fled persecution at home, awaits.

More than 75 percent of asylum cases from Central America were denied from 2012 to 2017, CBS News' Adriana Diaz reports.

Those odds aren't deterring a Nicaraguan family that Diaz met in Mexico. They hope to receive political asylum in the U.S.

When asked why, Idenia Molina Rocha held up a newspaper. She said is shows her family on the front page, along with a photo of their home. They support those who are against their president, and they're being persecuted for those beliefs.

Rocha claims that pro-government forces opened fire on her 14-year-old son in July and detonated a homemade bomb that lodged shrapnel in his leg, forcing him to hobble on crutches along the caravan route. Rocha's son said he was with a friend when they were shot at. He said his friend pushed him down and was killed. When they retreated to the mountains, he said people helped take the shrapnel out with nail clippers, but he thinks there are still pieces in his leg.

Rocha said "wanted" signs for her family were posted in town, so they left Nicaragua, traversed Guatemala and eventually made it to southern Mexico. They stayed there a month and then word spread about a caravan approaching.

Rocha, appealing directly to President Trump, said, "I would get on my knees and beg."

"Don't send us back," she said. "We're walking and scared. You say you will militarize the border but I pray to God that with our evidence of persecution you won't send us back. I fear for my family's life. Please Mr. Trump, open the doors for us, I beg you."

After using the issue of migrant caravans as an election campaign issue, Mr. Trump has once again focused on it. In a series of tweets Friday, he questioned the motive of migrants who are planning to seek asylum in the U.S., calling it a "BIG CON."

One woman told CBS News' Diaz she won't cross illegally but will instead seek asylum at an official port of entry. She's part of a group of LGBT migrants that is among the early arrivals at the U.S.-Mexico border. Many said they were persecuted in their home countries because of their sexual orientation and gender identity.

Earlier in the journey in southern Mexico, Diaz met a transgender woman who claims she was targeted in Honduras by gang members and was attacked by more than a dozen armed men who broke into her home. She said she's been beaten up and has a scar from the attack but doesn't like to show it because it traumatizes her more. She fears for her life in Honduras since the gang members know where she lives and have a photo of her.

Still, if she makes it to the U.S. border and presents her asylum case, the odds are against her. 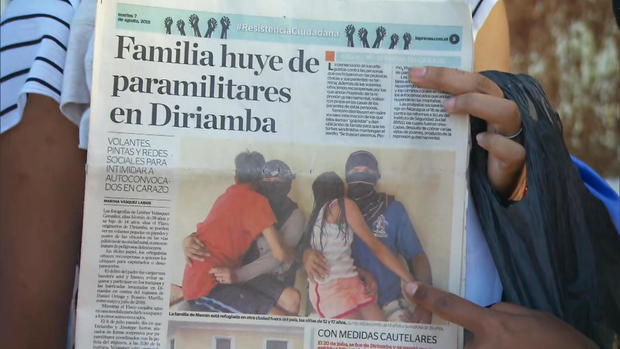 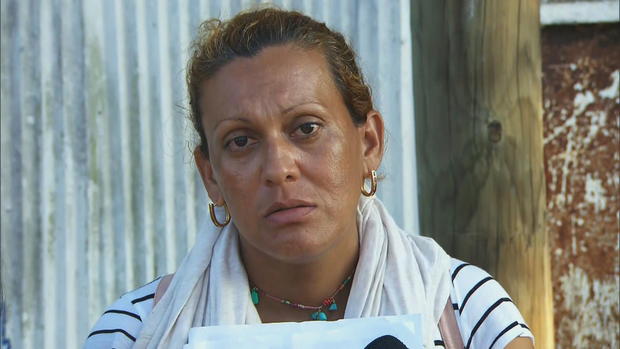