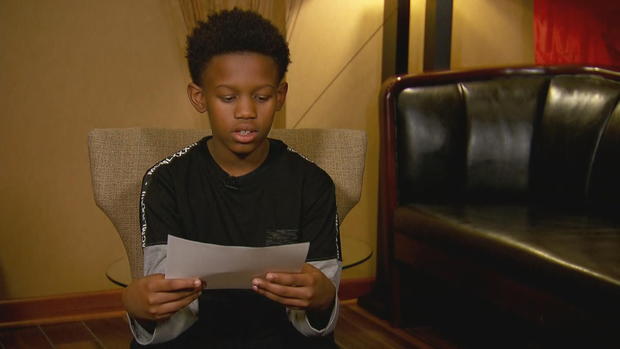 Filled with fear a school shooter was about to take his life, 12-year-old Ajani Dartiguenave wrote a heartbreaking goodbye letter to his family.

Dartiguenave wrote the note during a frightening one-hour lock down at his Charlotte, North Carolina, elementary school last Friday after officials received an anonymous threat.

"I was very scared," Ajani said. "I thought that many of my friends would die friends."

His mother, Claudia Charles, said the letter shocked her.

"He actually read me the letter. I was really upset of course and really heartbroken," Charles said.

She said the recent rash of school shootings triggered her son's anxiety.

"When there was a shooting at another school that was about 45 minutes away, it wasn't until this incident happened that it really got, it was close enough to home that I realized he was actually affected by what was going on at a neighboring school and that he had concerns," she said.

A recent study shows that in the first 30 days of this school year there were 314 threats of violence in schools, or an average of 11 per day. Forty percent were threats of a school shooting.

Ajani said it felt like an eternity before his lockdown was over.

"We were all like confused and calm at the same time and then after a while it turned out to be real," he said.

Ajani hopes he never has to write a letter like that again. He even wrote his address on the letter to make sure his final words made it home if he didn't survive.

His mom said that after what happened, she gave him a cellphone after the incident so now she can reach him right away. 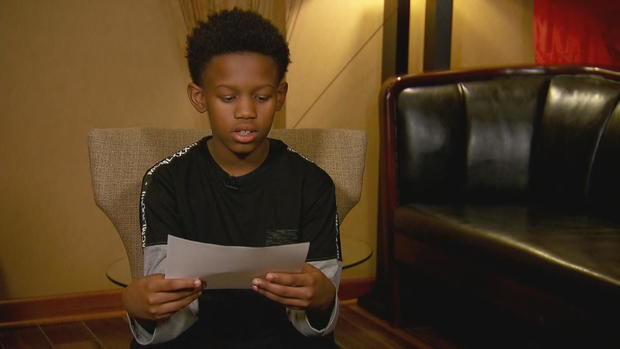