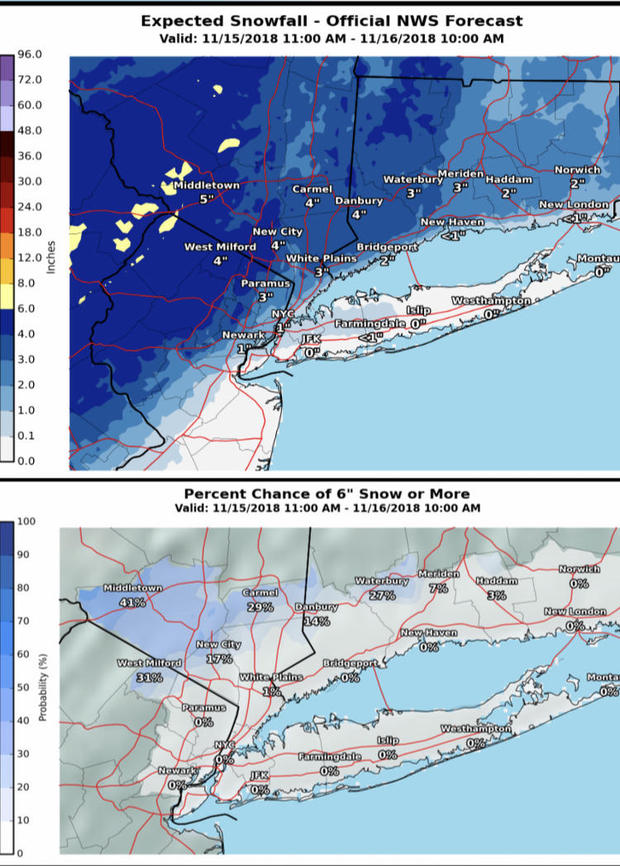 Boots or shoes? It was a decision I was faced with Thursday morning when I left my apartment on the Upper West Side of New York City. I'm a longtime meteorologist. I certainly saw the warning signs. I knew we could see a half a foot of snow. But even with my extensive knowledge of snowstorms and New York City weather I still figured, "It's November, what are the chances?" So perhaps against my better judgement, I went with the shoes. Let's just say my walk home was not pleasant.

By most accounts the disruptions of this #SnowVember snowstorm caught New York City and others parts of the Northeast with its boots off. Normally hour-long evening commutes turned into all-night, angry affairs.

To be fair, a snowstorm of this magnitude this early in the season is with very little precedent. Central Park officially measured 6.4 inches of snow, the heaviest early season and November daily snowfall since record-keeping began nearly 150 years ago.

But I'd be lying to you if I said that we meteorologists were not alerted to the warning signs ahead of time. As early as last Wednesday, November 7, many computer models were showing signs of a full-fledged snowy Nor'easter for the period of Wednesday to Friday of this week. After a quick tease, the storm either disappeared from most models or just appeared way too warm for any meaningful snow.

But then this Monday the storm came roaring back on the models, including the infamous European model, arguably the best medium-range forecast model available. Since then, the European has been rock-solid steady, run after run, day after day, forecasting a half a foot of snow for New York City.

Adding to the evidence before us, most forecast models showed a burst of heavy snow lasting a few hours with temperatures near or just above the freezing mark. It's just the kind of atmospheric setup that can rapidly cool the atmosphere and quickly pile up the snow.

But unlike the European model, many others were just not that consistent. Either flip-flopping on snow totals, or waiting until the very end to recognize the potential. Forecasters were more eager to believe the less aggressive, naysayer models because it's what we expect of November.

The area's National Weather Service (NWS) station, in Upton, Long Island, started mentioning measurable snow in the forecast on Tuesday. Considering the models had evidence to support this on Monday, 24 hours was a reasonable time to wait to make sure the signs were clear before forecasting an early season snowfall. But as the storm drew closer, their forecast was slow to evolve.

On Wednesday the Upton NWS office was still calling for only an inch of snow in the city. Advisories were not issued for New York City's five boroughs until the actual morning of the storm, and even then the NWS forecast map indicated just 1 inch of snow expected in the city and a zero percent — zero! — chance of 6-inch accumulation.

It wasn't till lunchtime on Friday that the NWS issued winter weather warnings and advisories for the New York metro area, saying 4-8" of snow was expected for the warning areas, and 2-5" for the advisory areas.

There's no doubt the delay in issuing official advisories played into a seemingly underwhelming city response, although New York Mayor Bill de Blasio did mention NYC Sanitation preparations were underway the night before the snow started.

Judging by the condition of the snowy, traffic-clogged streets and overwhelmed public transit systems, few if anyone expected the heavy accumulation and chaos that ensued.

The climate and the odds

So what happened? Why did forecasters underestimate this storm?

The answer is simple. All of our experience tells us that mid-November is just too early for a disruptive snowstorm like this in New York City. Sure, we know it can snow in November. Sometimes there's heavy accumulation, but almost never near the coast. The ocean is a big influence and water temperatures are still in the 50s. And even if it were to accumulate, forecasters rationalize, surely the warm urban streets and highways will melt the snow on contact. So maybe there will be a few inches on the grass, but the streets won't be worse than a little slushy. As a forecaster I can tell you that this thought process was going through the minds of most trained meteorologists just before the storm.

These are all great rationalizations. Ninety-nine percent of the time they will be right. But this was that 1 percent.

In this case our life experience outweighed our forecast experience and training. We let "what are the odds this could happen in November?" get in the way of what should have been a challenging, but doable forecast. If this exact same pattern appeared on the models in January the forecast would have come with plenty of warning and higher snow potential. Statistics and human psychology would not have gotten in the way.

But perhaps it's time for forecasters to expect the unexpected? These early season snows seem to be happening more often in this area. In fact, this is at least the third time since 2011.

On October 29, 2011 New York City picked up 2.9 inches of snow in what became known as #Snowtober or the 2011 Halloween Nor'easter. Other parts of the Northeast were crippled with over 30 inches! For New York City, it was by far the heaviest snow on record in October and only the third time since 1869 that measurable snow was recorded in October.

The next year up to 2 feet of heavy snow fell during Hurricane Sandy in the Appalachians. Barely a week later, on November 7-8, 2012, while coastal areas hit by Sandy had just started to pick up the pieces, up to a foot of heavy snow blanketed the Jersey shore.

While I was growing up in the 1970s and 80s in New York City, there was really only one meaningful early season snowfall. That was Thanksgiving Day, November 24, 1989, when nearly 5 inches of snow fell.

The point is that significant snowstorms in New York City are very rare before December. Yet three have occurred in the past seven years. So is it chance? Or is it possible that our changing climate is turning the unexpected into something more common?

While is true the world is seeing more extremes, it's premature to draw conclusions on early season snowstorms like this. However, as a meteorologist with a lot of experience under my belt, I can tell you things seem off-kilter.

In the past few years evidence has been building among climate scientists for a more erratic jet stream, which controls storm tracks. Numerous scientific papers have been published citing evidence for current and projected changes in storm tracks. Last winter's pattern provided a lot of ammunition for that argument with wicked, long lasting cold across the eastern US, followed by a prolonged stretch of very warm weather. Then in March, the Northeast was hit by a barrage of four Nor'easters in just three weeks — an astonishing atmospheric feat!

Penn State climate scientist Michael Mann has been studying the jet stream-climate change connection for years. He wrote about the theory last winter:

"…recent research suggests that climate change may be favoring this contrast in temperature by causing the jet stream to meander in a particular pattern, with an upward meander or "ridge" in the west bringing warm air up from the south and a downward meander or "trough" in the east, bringing cold air down from the north. Some scientists think that the dramatic loss of sea ice in the Arctic may be favoring this jet stream pattern."

As for these oddball early season snows, the jury is still out. Perhaps climate scientists will tackle this question next? 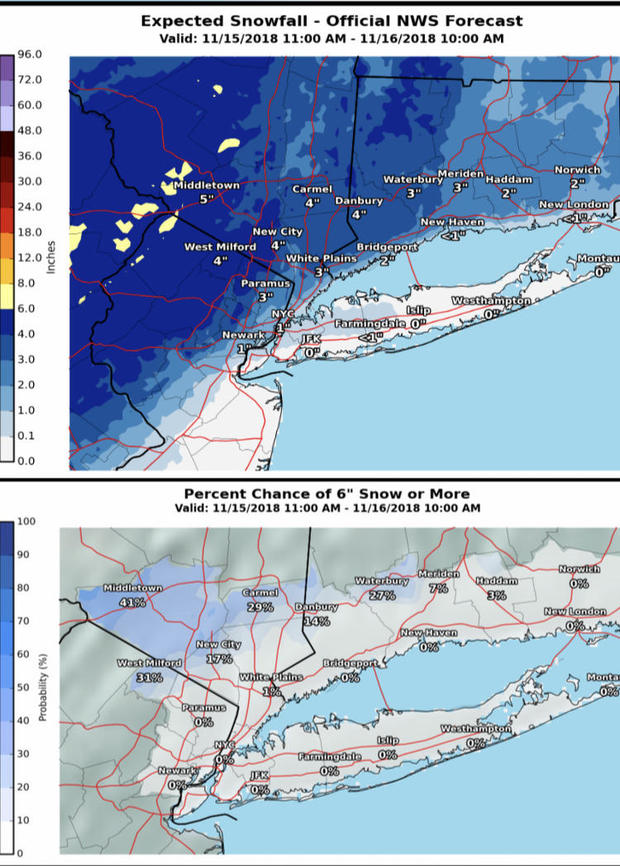