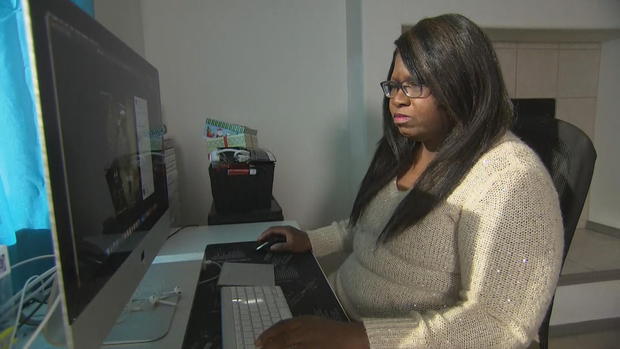 NEW YORK — Shaye Washington spent seven years in the Air Force, including one deployment to Afghanistan, before leaving the service in 2012. The 33-year-old former staff sergeant is now pursuing an MBA under the GI Bill at Colorado Technical University, but had to stop taking classes this semester because of an outstanding balance with the school.

Washington said the Department of Veterans Affairs (VA) has not distributed $7,000 in benefits, including $3,000 she needs to cover tuition. The shortfall has left her worried about paying for everyday items, like groceries for her three kids.

Washington's predicament is one many veterans are now facing, and veterans groups and members of Congress from both parties are demanding answers from the VA. There are currently 73,000benefits claims that have yet to be processed, an increase of nearly 27 percent from this time last year, a VA official told lawmakers Thursday.

Not all claims represent delays, and the number of outstanding claims has decreased from its peak. But about 10,000 payments have been delayed more than 30 days, and the wait has left many vets struggling to cover bills and expenses.

"The GI Bill is something we worked for. I've been deployed and been to wars, so I feel like I shouldn't have to stress over something that I worked for and risked my life for," Washington said.

The VA blames an outdated IT system and complex change in how payments are distributed for the delay. But critics say the VA failed to prepare for the change in the law and were slow to respond when the extent of the failure became apparent.

At a hearing of a subcommittee of the House Committee on Veterans Affairs on Thursday, lawmakers grilled department officials about the delays, blasting the VA for repeated failures.

"Congress consistently has provided the VA with record budgets. That's clear," said Republican Rep. Jodey Arrington of Texas, the subcommittee chairman. "I think the vague answers we've gotten — we've sent a lot of letters, we've had inquiries, we've had personal meetings — I think that the answers we're getting and the delays, and the promises that we'll have it fixed that end up not happening are unacceptable."

Rep. Beto O'Rourke, Democrat of Texas, implored officials to come up with tangible solutions for fixing the problem.

"I think I speak for everyone in saying that we're all frustrated and want to see something happen," O'Rourke said. "You failed to account for the problem, and minimized the problem."

In 2017, Congress passed and President Trump signed into law the Harry W. Colmery Veterans Educational Assistance Act, known as the Forever GI Bill, which expanded those benefits for a new generation of veterans and their families.

One of the provisions in the Forever GI Bill changed how the VA pays monthly stipends to cover housing costs. Previously, payments were tied to the ZIP code of a school's main location. Under the new law, payments are matched with the ZIP code where students actually attend classes.

The VA had about a year to prepare for that change ahead of a deadline of Aug. 1, but the department now says its outdated IT platform wasn't equipped to deal with the complex update.

"Essentially, the law requires a 50-year-old IT platform that was designed to do the equivalent of basic math to instead perform something akin to calculus in short order," a spokesperson told CBS News.

The department found several errors when testing the system ahead of the August deadline and decided to delay launching the new system. But a backlog of claims crippled the VA's existing IT system and delayed the payment of thousands of benefits claims, just as students began heading back to school for the fall semester.

Patrick Murray, legislative deputy director for the Veterans of Foreign Wars (VFW), told CBS News veterans were left in the dark about the IT issues, even as they started questioning why their payments weren't coming through.

Murray said it took until Oct. 10 for the VA to reveal there were 180,000 pending claims due to the IT issues.

"These two different statements are wildly inconsistent and show a true breakdown in communication and transparency within VA," Murray said in his testimony.

Some veterans have been waiting more than two months for their payments, leaving many unable to cover expenses for housing, childcare and more. Murray told CBS News one couple had to borrow money to keep a roof over their heads before they finally started getting the money they were owed.

Republican Rep. Phil Roe of Tennessee, the chairman of the House Veterans Affairs Committee, said the delays were unacceptable.

"This is, to be kind, a train wreck," he said, according to NBC News. "This discussion started over a year ago."

The VA now says an additional 202 workers have been assigned to work on improving processing times, and employees have been working mandatory overtime to fix the problem.

In the meantime, the VA encourages student veterans facing a genuine financial hardship because of delayed payments to call the customer service number at (888) 442-4551. The department said hardship claims would be processed within the next business day and available for use within seven days.

For Washington, the Air Force veteran in Colorado, the delay in payments have been stressful for her and her children.

"I don't want them to be hungry or have to worry about things that I need to be worrying about," she said. "We're on a very tight budget right now." 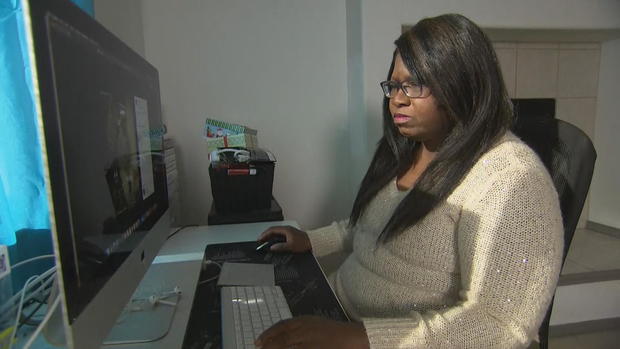