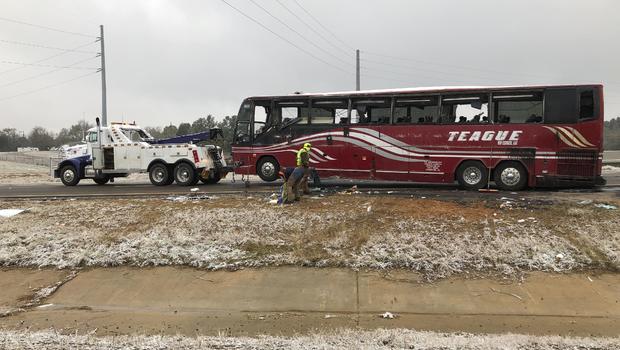 A wintry mix of weather that slammed the southeastern U.S. on Wednesday is moving north and will hit the Northeast and Midwest on Thursday, the National Weather Service said. Winter storm watches, advisories and warnings are in effect in the Midwest, the Appalachians and New England.

The sneak attack of snow, sleet and freezing temperatures hit Kentucky, Tennessee, Arkansas and Louisiana. People posted pictures on social media to capture what was for some a once-in-a-lifetime event, CBS News' Don Dahler reports.

Southerners have rarely seen this kind of weather, this early in the year, and it came complete with the hassle of school closings and flight delays. Houston saw flurries this year before Boston.

In northern Mississippi, a tour bus overturned on an icy highway ramp. The county coroner, Josh Pounders, told The Associated Press two people died and 44 others were injured, some critically.

DeSoto County sheriff's deputy Alex Coker said the tour bus carrying about 50 people overturned just after midday Wednesday south of Memphis, Tennessee. The crash came as a winter storm has been raking parts of the South.

The road agency reports icing on roads and bridges in 10 north Mississippi counties from the winter storm.

In the Southeast, the heaviest of this snowfall will be seen across portions of northeast Arkansas, southeastern Missouri and northwest Tennessee north of Interstate 40, said CBS Memphis affiliate WREG meteorologist Todd Demers. In that area, residents could see anywhere from one to three inches of snow.

Travel conditions are expected to treacherous in parts of southeast Missouri and southern Illinois, where snowfall from the storm could total 4-7 inches, the National Weather Service said. A wintry mix of snow, sleet and freezing rain is expected to hit the Ohio Valley through early Thursday.

In the northeast, the Thursday morning commute in Washington. D.C., and Philadelphia could be impacted by snow, sleet or light freezing rain. The Thursday evening commute will face similar issues from New York City to Boston. 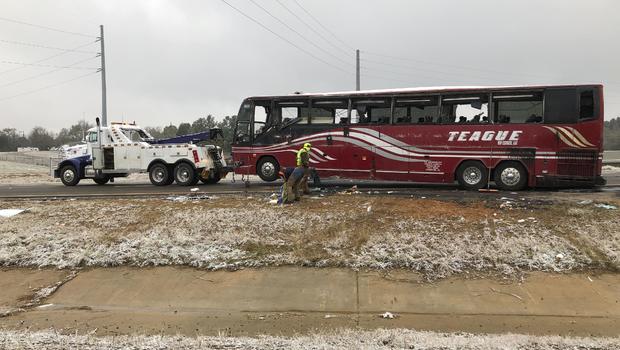