"Big Sick" star Kumail Nanjiani is entering another dimension. The comedian and "Silicon Valley" actor is joining CBS All Access' reboot of "The Twilight Zone" in an episode written by Alex Rubens of "Key and Peele."

Previously, it was announced that Adam Scott will star in a "Twilight Zone" episode called "Nightmare at 30,000 Feet," while Sanaa Lathan will star in an episode called "Rewind." CBS All Access did not announce the name of Nanjiani's episode, though. Interestingly, both Nanjiani and Scott are known for acting in comedies, so the "Twilight Zone" reboot should be a change of pace for them.

The original episode of "Nightmare at 30,000 Feet" was called "Nightmare at 20,000 feet." It aired in 1963 and starred William Shatner, who played a man recently released from a sanitarium on a stormy flight who swears he sees a shadowy creature on the plane's wing. The story was remade again in 1983's "Twilight Zone" movie, with John Lithgow taking over the role.

Lathan's episode is likely a remake of an episode of the same name from the 2003 revival of "The Twilight Zone" that followed a man who discovers he can control time by rewinding a tape recorder.

Jordan Peele hosts the show. Peele, who directed the highly acclaimed horror movie "Get Out," also serves as executive producer on the series.

Peele said in a press release in December, "Too many times this year it's felt we were living in a twilight zone, and I can't think of a better moment to reintroduce it to modern audiences." The show is set for release in 2019.

The original "The Twilight Zone," hosted by Rod Serling, premiered on Oct. 2, 1959 on CBS and ran for five years. 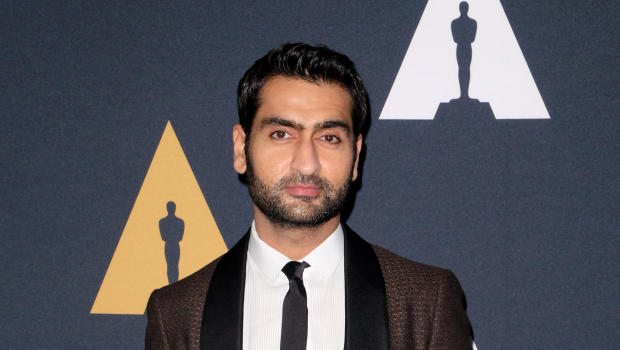 White House defends Trump for saying 99% of coronavirus cases are...

Boy plays trumpet as a tribute to front-line workers

Trump downplays severity of coronavirus as cases spike across the U.S.