Carrie Underwood and Brad Paisley hosted the 52nd Country Music Awards on Wednesday, live from Bridgestone Arena in Nashville. Chris Stapleton had the most nominations, with five nods, and he won the night's first award for song of the year, "Broken Halos."

Stapleton won again for the song with the award for single of the year. Onstage, he said they wrote the song "people who have gone long before their time and you know, I want to think about the people out in California right now and … dedicate [the award] to them."

Here's the list of winners at the CMA Awards. 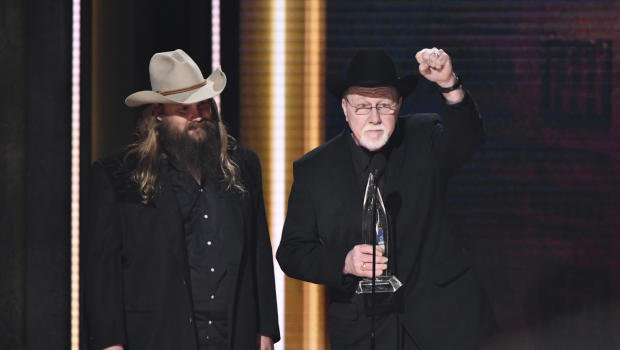