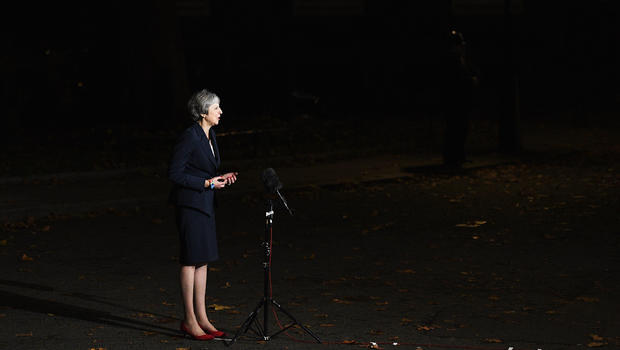 LONDON — The morning after the night before was shaping up to be a rough one for British Prime Minister Theresa May. On Wednesday night, she won her cabinet's backing for her draft proposal on how the U.K. should pull out of the European Union. On Thursday morning, May's Brexit secretary, the man who led her negotiating team in Brussels to hammer out that draft, quit. He said he could not "in good conscious support the terms" of the deal he helped to craft.

Dominic Raab, the second of May's Brexit secretaries to quit the role in as many years, said the draft agreement reached with Brussels would effectively leave Britain beholden to the rules and regulations of the European Union and even give the EU the power to stop the U.K. from extricating itself down the road.

Two other members of May's cabinet also resigned on Thursday morning, her Northern Ireland Secretary and the Work and Pensions Secretary. Both said they could not support the almost-600-page draft deal May presented on Wednesday.

It was a huge political backlash over the deal, which is considered insufficient by Brexit backers as well as those who wanted to remain in the EU. Parliament needs to approve the deal and it is unclear whether May has the numbers to push it through.

The prime minister's team, led by Raab, made some major concessions to the EU to achieve the deal: Britain, for example, would remain tied to the European Union's customs union during a transition period, and potentially for much longer.

Raab said the agreement was unacceptable, and he could not support the so-called "back-stop" agreement in the draft, "where the EU holds a veto over our ability to exit" the EU.

"No democratic nation has ever signed up to be bound by such an extensive regime, imposed externally without any democratic control over the laws to be applied, nor the ability to decide to exit the arrangement," Raab said.

The resignations were a huge blow to May.

"I cannot overstate the seriousness of the situation the prime minister now finds herself in," the opposition Labour Party's Shadow Brexit Secretary Keir Starmer told BBC News on Thursday. He said "now there will be very serious attention to, 'what are the other alternatives.'"

"All options need to be on the table, and that includes of option of campaigning for another vote," Starmer said, alluding to a growing movement in the U.K. public, and among lawmakers from all parties, for another public referendum on any Brexit proposal eventually finalized by parliament.

Calls are mounting — and fast, after May herself appeared to indicate on Wednesday night that Brexit wasn't inevitable — for any hypothetical second referendum to include a "no Brexit" option.

After months saying the choice facing Britain was either accept her deal with the EU, or crash out of the Union on March 29 with a "no-deal" Brexit, May admitted Wednesday that it was still possible the U.K. could remain in the union, in spite of her vows to uphold the will of the public which voted in 2016 to leave it.

May was to address lawmakers later Thursday morning.

The British pound fell sharply after Raab announced his resignation from the government.

The currency dropped 1 percent, a relatively large decline for an established currency, to $1.2870 within minutes of Raab's tweet announcing he could not support the proposal. 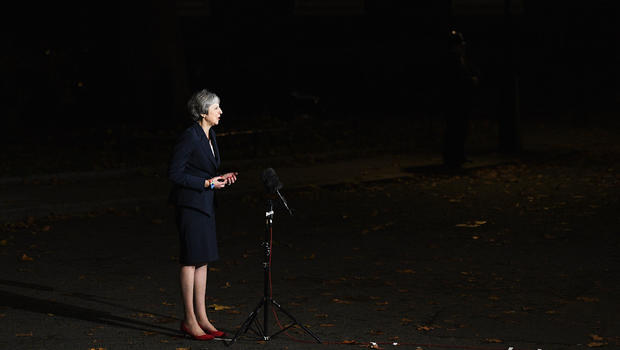 Will Prince Charles be activist as king? “I’m not that stupid”