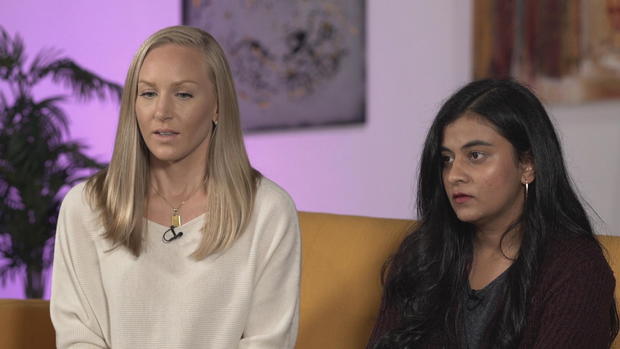 Seven women filed a $70 million federal lawsuit Thursday morning accusing Dartmouth College officials of ignoring numerous complaints about sexual misconduct going back more than a decade. They claim the school didn't protect them from the professors' predatory behavior, which they say included groping, harassment, and worse.

These women's accusations last year led to the ouster of three prominent professors in the psychology and brain sciences department at Dartmouth. A criminal investigation is now underway in New Hampshire. Six of the plaintiffs in the class action suit spoke out for the first time to CBS News correspondent Jericka Duncan.

Twenty-seven-year-old Vassiki Chauhan and 30-year-old Kristina Rapuano are budding cognitive neuroscientists. Chauhan is working on her PhD at Dartmouth and Rapuano received hers this year. Both said they were raped by former Dartmouth professors. It's something that's still difficult for them to process.

While attending a conference in California in 2015, Rapuano alleges she was raped by William Kelley, a professor who had taken her under his wing.

"Essentially, I have no memory of this night," Rapuano said. "I didn't even remember waking up….I had thought that I had just been drinking heavily. Now I'm unsure."

According to Rapuano, Kelley told her they had sex. She had no memory of it. "But I was very clear about how I didn't want that to ever happen again," she said.

Chauhan said she was raped last April at the home of Paul Whalen, another star professor.

"I tried to get out of the situation as soon as possible. It was only when he started reaching for more intimate parts of my body that I was unambiguous about the fact that this is not something I wanted," Chauhan said.

Kelley and Whalen resigned this summer after Dartmouth hired an outside investigator. A third professor, Todd Heatherton, retired. Dartmouth said the men did not receive any severance payments.

In a federal lawsuit filed Thursday morning, seven women, including Rapuano and Chauhan, say Dartmouth administrators knew about the "animal house" culture in the department since at least 2002. "These professors leered at, groped, sexted, intoxicated, and even raped female students," according to the class action complaint.

Annemarie Brown, Andrea Courtney, Sasha Brietzke, and Marissa Evans are also plaintiffs. None of them felt supported when they went to administrators about what happened.

"These men had all of the power in the department. They controlled all of the resources….Opting out of the boys club culture meant that you were cut off from those resources," Andrea Courtney said.

While at her first academic conference in March 2017, Sasha Brietzke said she was at a karaoke bar with other graduate students when an "extremely intoxicated" Todd Heatherton came in.

"He grabbed my butt and set me on his lap….And now I had been sexualized in front of a room full of potential colleagues. I felt humiliated and I felt extremely angry," Brietzke said.

Annemarie Brown was in her first year of graduate school when she says Paul Whalen "openly bragged about retaliation" to her.

"I was confused at the time," Brown said. "But the line – of course you don't bite the hand that feeds you – was burned into my memory for all of graduate school, and it remained a constant threat."

"He started to escalate all of those inappropriate text messages and make it more sexual….I would blow it off the best that I could, but when I did…I was taken off of projects. I would get comments like, 'your honors thesis just got a lot harder,'" Evans said.

A Dartmouth spokesman told "CBS This Morning" they applaud the women for bringing the misconduct allegations to their attention last year. "However, we respectfully, but strongly, disagree with the characterizations of Dartmouth's actions in the complaint."

"It's really intimidating to come out as a victim rather than a brain scientist, which is what we went to Dartmouth to be," Chauhan said.

All of the women feel like their professional careers took a blow by speaking out.

"We've gotten a lot of professional feedback to just put our heads down and do science," Courtney said.

Added Brietzke, "I lose sleep at night thinking of, like, all of the discoveries in science that haven't been made because women were driven out."

Through his attorney, Todd Heatherton denied ever having sex with students. He did admit he "acted unprofessionally while intoxicated," for which he apologized. "CBS This Morning's" attempts to reach Kelley and Whalen were unsuccessful. 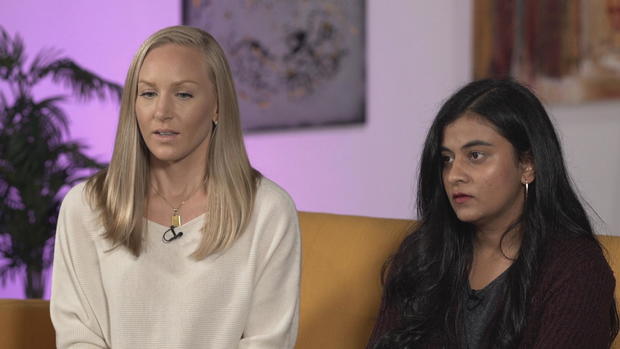 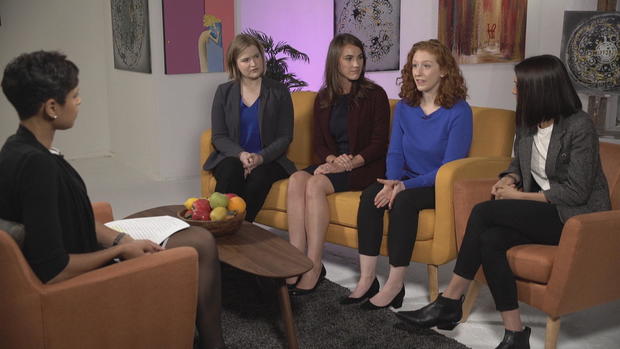