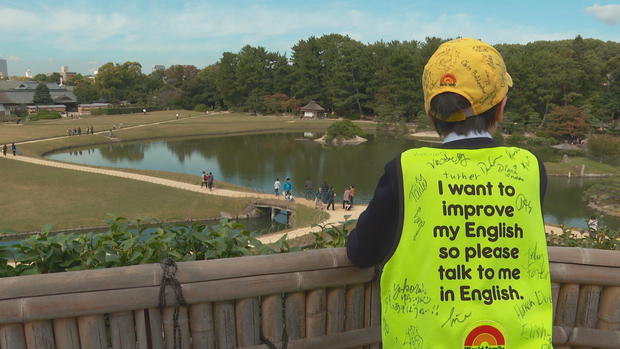 OKAYAMA, Japan — Takuto Kawakami, 10, has a lot of questions. But as a volunteer tour guide inside Korakuen, one of Japan's most famous gardens, he also has all the answers.

It's not just his handle on history that's unusual. In Japan, few people speak fluent English. Takuto mastered it, passing a grueling English exam that four out of five Japanese adults fail.

"I struggled with some words I didn't know," he said. "Like 'chrysanthemum.'"

He didn't learn any of his English in school. Instead, he started using Disney products when he was 6 months old. By the time he was 4, he could speak in full sentences, so his mom brought him to the garden to hone his skills on tourists.

Takuto proudly wears the names of the people he's met and by sharing his gift of language, he's made their experience a lot less foreign.

"Have a nice day and have a nice trip and please come back again," he said as he waved goodbye. 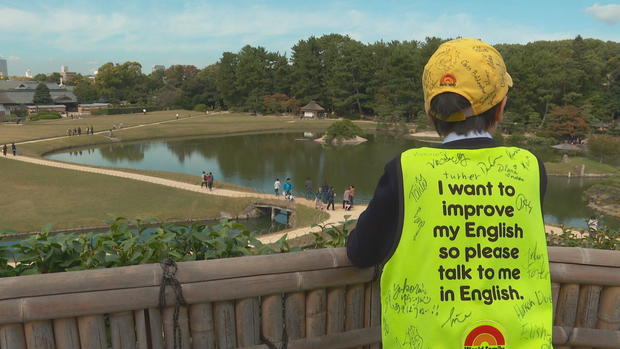