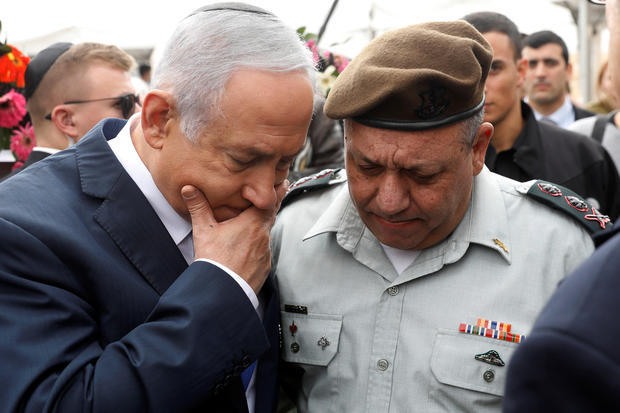 JERUSALEM — Children in Israel's south were heading to school early Wednesday as an Egyptian-brokered ceasefire took effect, putting an end to a brief yet intense flare-up with Gaza. The truce, announced Tuesday by Palestinian militant groups in the Gaza Strip, came after nearly two days of heavy shelling from both sides that had threatened to descend into full-blown war.

Gaza's Islamist Hamas rulers said they would abide by the ceasefire as long as Israel did the same.

Israeli Prime Minister Benjamin Netanyahu and the military did not comment, but the Home Front Command removed late Tuesday all limitations on southern residents, sending children back to school after two days in shelters.

At the United Nations Security Council held urgent consultations on Gaza Tuesday, and the U.N. Secretary-General's Deputy Spokesman Farhan Haq told CBS News' Pam Falk that the global body had worked "very hard" with Egypt "to ensure that there is a return to the ceasefire arrangements of 2014."

The U.N.'s Special Coordinator for Middle East Peace Process, "believes that it is possible to deescalate this current round of violence in the interest of both Palestinians and Israelis," Haq told CBS News.

A diplomatic source close to the negotiations told Falk, however, that the "situation remains very precarious and can blow up again."

Israel's hardline Defence Minister Avigdor Lieberman, who said on Tuesday he did not support stopping the strikes, announced he would be making a statement on Wednesday afternoon.

The latest violence, which saw seven Gazans killed in 24 hours as the Israeli aerial bombardment flattened buildings and sent fireballs and plumes of smoke into the sky, was the worst between Israel and Palestinian militants since a 2014 war.

Sirens began sounding in southern Israel late Sunday, sending tens of thousands running for cover in shelters as around 460 rockets and mortar rounds were fired from Gaza, wounding 27 people, including three severely.

A Palestinian labourer from the occupied West Bank was killed when a rocket hit a building in the Israeli city of Ashkelon.

Israel's Prime Minister Benjamin Netanyahu was forced to defend his decision to abide by the truce on Wednesday, facing sharp criticism from some Israeli citizens who saw the move as a contrition to Hamas.

Some residents in the Israeli border town of Sderot, which is regularly hit by rockets from Gaza during flareups, were irate that Israel's military was holding its fire.

"Our government is doing whatever it wants, that's it. It only let us suffer, nothing more. We are third class (citizens) here in Sderot and (so are) the communities at the border with Gaza, not only Sderot," resident David Maimon told The Associated Press. "It's a shame instead of helping us, let us live quietly, they let us suffer. We only suffer, for 18 years we have been suffering."

Herzl Zigzag, another Sderot resident, told the AP that he would "never vote for Netanyahu."

"People here are traumatized. Gaza is victorious, what is this nonsense? It can't continue like this," he said.

But speaking later Wednesday at a ceremony to honor the founding father of Israel, David Ben-Gurion, Netanyahu said that, "in times of emergency, when making decisions crucial to security, the public can't always be privy to the considerations that must be hidden from the enemy."

"Our enemies begged for a ceasefire and they knew very well why."

In a statement issued late Tuesday, Egypt called on Israel to cease its "military action" in Gaza.

"Egypt's efforts have been able to achieve a ceasefire between the resistance and the Zionist enemy," the Gaza groups said.

The flare-up began on Sunday with a botched Israeli special forces operation inside the Gaza Strip that turned deadly and prompted Hamas to vow revenge.

The clash that resulted from the blown covert operation killed seven Palestinian militants, including a local Hamas military commander, as well as an Israeli army officer.

Palestinian militants responded with rocket and mortar fire, as well as an anti-tank missile that hit a bus Hamas says was being used by Israeli soldiers. A soldier was severely wounded in the attack.

Schools were closed in Gaza and in southern Israel on Tuesday as the two sides warned each other they would respond forcefully to any further violence.

After an Israeli security cabinet meeting that reportedly lasted some six hours on Tuesday, a statement was issued saying the ministers "instructed the (military) to continue its operations as necessary".

Missile defences intercepted more than 100 rockets from Gaza and most others fell in open areas, though some hit houses and other civilian structures.

Ashkelon is just eight miles from the Gaza border, and as CBS News correspondent Charlie D'Agata reported on Tuesday, that makes it an easy target for Palestinian rockets.

D'Agata and his crew saw the aftermath on Tuesday of one of the Hamas rockets, which hit an Israeli house. It blew a hole in the living room wall, where a woman was watching TV when the warning siren rang out.

She begged her son to come with her to a reinforced safe room in the house, a move which may have saved both of their lives. Just minutes before the explosion, her son was in the shower.

"Within two seconds (after air sirens) we heard a huge boom, we saw our curtains flying in the air, windows (broken), and only after a few minutes when we went out, we realised that the missile had hit the building next to us," a man who lives near a block of flats hit by another rocket in Ashkelon said.

The military said it struck some 160 targets in the enclave.

"What happened was like an earthquake," said Abu Ayman Lemzeni, who lives near the targeted TV building.

At least five of the dead in Gaza were claimed as members of various militant groups. Some 26 other people were wounded in the Palestinian territory, according to Gaza's health ministry.

The escalation came despite Netanyahu's decision to allow Qatar to transfer millions of dollars in aid to Gaza for salaries as well as fuel to ease an electricity shortage.

The agreements had led to calmer protests along the Gaza border after months of deadly unrest.

Sunday's special forces operation and resulting clash upset those efforts, leading to questions over the timing of the covert Israeli move.

Israel said it was an intelligence-gathering operation and that those efforts must continue to defend the country.

Israel and Palestinian militants in Gaza have fought three wars since 2008, and protests and clashes along the Gaza border since March 30 have repeatedly raised fears of a fourth.

At least 234 Palestinians in Gaza have since been killed by Israeli fire, the majority during protests and clashes.

Two Israeli soldiers have been killed over the same period. 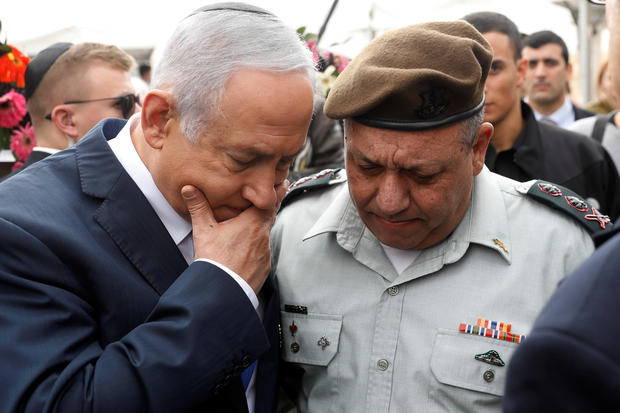