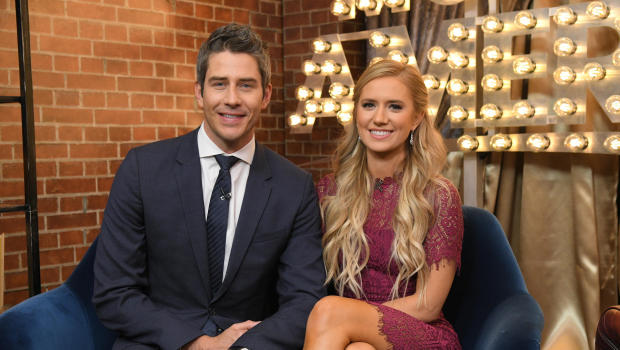 "Bachelor" star Arie Luyendyk Jr., and his fiancée, Lauren Burnham, are expecting their first child. The couple got engaged in March after a dramatic turn of events following the 22nd season of "The Bachelor."

Luyendyk and Burnham shared a photo of the sonograms on Instagram. Luyendyk wrote, "Nothing compares, absolutely nothing compares to the moment you find out you're going to be a dad! We cried, we laughed and it really was such a special moment for us, we're so freakin' happy!" Burnham said, "Our greatest adventure begins in June 2019!"

The couple, who plan to marry in January, spoke with Us Weekly about the pregnancy.

"I kind of had a feeling that I might be pregnant. So my friend insisted on bringing a pregnancy test over," Burnham, 26, said. "Arie came out with the test in his hand and tears in his eyes. He was like, 'You're pregnant!'"

Luyendyk sparked controversy when he dumped Becca Kufrin to find true love with Burnham, the runner up. The race car driver decided to break up with Kufrin during the show's season finale after he'd proposed, which prompted headlines that included the words "horror," "brutal" and "gut-wrenching."

Luyendyk then proposed to Burnham on "The Bachelor: After the Final Rose" after reaching out to her behind the scenes while engaged to Kufrin.

Burnham called Luyendyk her "soulmate" but admitted some hesitancy in accepting his change of heart.

"It did take some reassurance, but the fact he was willing to take that risk meant a lot to me," she said.

Kufrin starred in the "Bachelorette" after the breakup.

Meanwhile, Burnham and Lyendyk are getting married in Maui, Hawaii, at the Haiku Mill on Jan. 12. Last month, Burnham gushed over her dream wedding to ET, which she previously said was "relatively stress-free."

"Girls dream about getting married in Hawaii," Burnham said. "It's a beautiful destination wedding spot, and I'm very lucky." 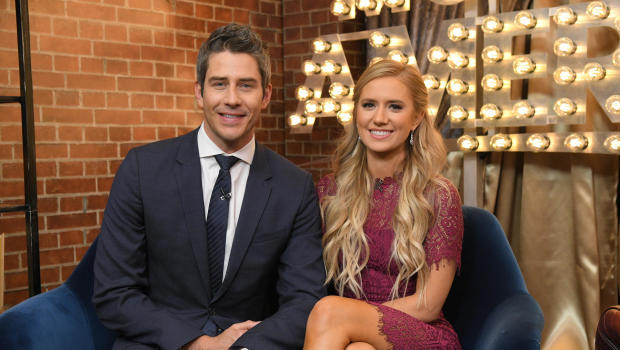