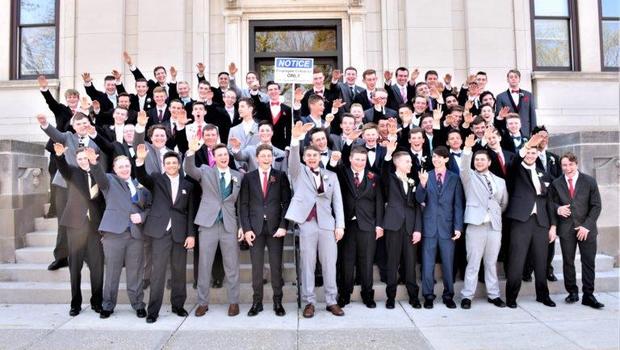 CBS News November 13, 2018, 7:39 AM Wisconsin student who refused to participate in apparent Nazi salute speaks out

"As soon as I heard the photographer say, 'Raise your hand,' I knew what was going to happen," senior Jordan Blue told CBS News correspondent Adriana Diaz. Blue, who is in the photo, refused to participate.

"Did he say anything to make it clear that it was raise your hand in this way as in this Nazi symbol?" Diaz asked.

"He did not say raise your hand in a Nazi symbol way. And I'm pretty sure my classmates just interpreted as raise your hand, let's do this as a joke," Blue said, adding that he thinks the others knew what the symbol represented.

"It did not represent my morals, and I could not do something that I didn't believe in," Blue said.

The photo surfaced in a now-deleted tweet on Sunday with the caption: "We even got the black kid to throw it up." At least one student is seen making the OK gesture, which some associate with white supremacists.

The photographer, Peter Gust, defended the students in an interview with a local TV station, saying the gestures are being taken out of context.

"I said, 'OK boys, you're going to say goodbye to your parents. So wave,'" Gust said. "For society to now turn it around and now blame these kids is absolutely wrong."

"They seriously need to do some major apologizing when this is settled, and they need to be educated," one school board member said.

The Anti-Defamation League, which tracks anti-Semitic behavior, found the number of anti-Semitic incidents in the U.S. rose from 1,267 in 2016 to 1,986 in 2017 – a 57 percent increase and the largest single-year increase on record.

Asked whether the students are regretful, Blue said, "I think so."

"Some of these people have bright futures ahead of them. … So why did they do it?" Blue said.

Blue said at least one parent yelled for the students to stop while the photo was being taken. The Baraboo school district condemned the gestures and said it's investigating.

The Auschwitz Memorial in Poland responded to the photo on Twitter warning of the "danger of hateful ideology." 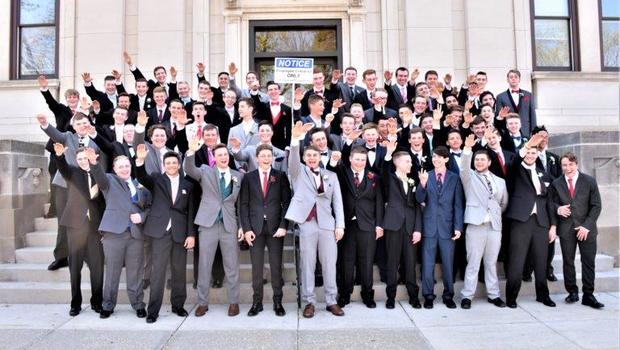