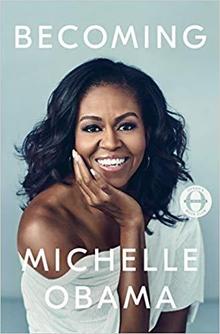 Michelle Obama has a simple answer for why she believes Donald Trump won the 2016 presidential election: "Because a lot of people came to the polls and a lot of people didn't." In a wide-ranging interview with "CBS This Morning" co-host Gayle King, the former first lady categorically shut down the idea that voting doesn't matter.

"Our democracy is clear. It's just sometimes people think my vote doesn't count, and that's just so wrong, you know? Voting matters and the people who go to the polls determine how the country is going to be lead," Obama said on Tuesday. "The notion that voting doesn't work, that it's fixed. It's not."

In her new memoir, "Becoming," Mrs. Obama slams President Trump and describes her shock the night she learned he would replace her husband in the Oval Office, writing she tried to "block it all out." She also denounces Mr. Trump's "birther" campaign which sought to question her husband's citizenship, writing it was "deliberately meant to stir up the wingnuts and kooks."

Last week's midterms, widely considered a referendum on President Trump, saw record voter turnout and a number of history-making candidates elevated to office. Democrats regained control of the House of Representatives while Republicans maintained their hold on the Senate. While some viewed the results as a split decision on the president, Michelle Obama saw it as a sign that Americans are ready for change.

"We saw in this midterm, people wanted the country to move in a different direction and they came out in record numbers and they voted and that's how it works. And it works that way every time, Gayle. Every time. It's not a secret," Obama said.

King also asked her what it's like to watch the Trump administration attempt to dismantle seemingly every one of her and husband's legacies, from the Affordable Care Act to DACA.

"You know the truth is, the presidency isn't ours to own, you know. It's the people's job. So I always find it interesting when people say, 'How do you feel about…?' And it's not how me and Barack feel. We did our jobs. We did the best that we could do, you know. The question is, how does the country feel about — so I don't take it personally. Because we occupied that seat for eight years and did the best that we could do and the next president that is voted in gets to do the same thing.

"You know, the question that we have to ask as citizens and as voters, what direction do we want our country to go in? And we saw here that when you sit out, sometimes you get what you want, sometimes you don't. That's the nature of our democracy."

Obama was also joined by her mother, Marian Robinson, in their first TV interview together, where they shared what finally convinced Robinson to move to D.C. with her family, as well as how Robinson became one of the most beloved figures in the White House. 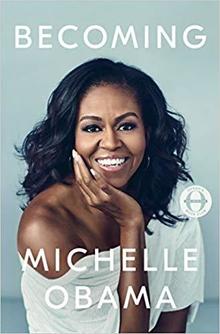