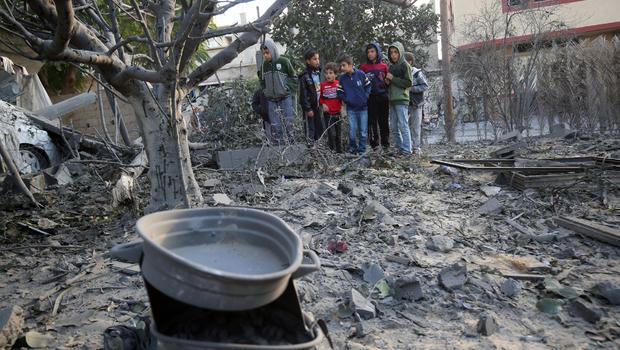 CBS/AP November 13, 2018, 4:54 AM Israel and Hamas both threaten escalation as Mideast reignites

JERUSALEM — Gaza militants fired dozens of rockets at southern Israel early on Tuesday, killing a man in a strike on a residential building, and warning they would escalate their attacks if Israel continues bombing targets in the Gaza Strip. Israeli officials took a similarly hard line, warning of a "strong and deadly" response to the barrage of rocket fire.

The cross-border attacks, which were triggered by a botched Israeli undercover raid into Hamas-ruled Gaza over the weekend, marked the most serious escalation since an Israel-Hamas war in 2014.

International mediators appealed for restraint, hoping to avert another war, but Israeli officials made it clear that their military response was ongoing.

"Southern Israel is under attack," Israeli Foreign Ministry spokesman Emmanuel Nachshon said Tuesday. "In the last 24 hours more than 400 mortars and rockets were shot at Israeli cities and villages with deadly consequences. Hamas is deliberately targeting our civilian population and this is something that we cannot and will not accept. The IDF (Israel Defense Forces) will strike in a strong and deadly manner in order to make sure that the message passes across and that Hamas understands that it must stop immediately with those attacks."

About 100 of the rockets fired at Israel from Gaza were intercepted by the Jewish state's Iron Dome defense system, officials said.

Israel, meanwhile, has hit more than 100 targets it says are linked to militants in Gaza.

Palestinian officials said at least three people, including two militants, were killed. In Israel, at least 20 people have been wounded, several seriously, in addition to the man killed in the border town of Ashkelon.

The armed wing of Hamas threatened to step up its attacks and fire rockets further north toward the Israeli cities of Ashdod and Beersheba if Israel continued its airstrikes.

The spokesman for the Hamas military wing, identified only as Abu Obeida, said the deadly attack on the coastal city of Ashkelon showed the city "has entered the range of fire as a response to the bombing of buildings in Gaza." He said Ashdod and Beersheba "are the next targets if the enemy continues bombing civilian buildings."

School has been cancelled in large parts of southern Israel and local election postponed because of the threat of further attacks.

Over the past few months, the sides have come close to a major escalation several times, only to step back in favor of giving a chance to a long-term Egyptian mediated truce.

However, the current level of escalation and angry rhetoric, including Hamas' warnings to strike deeper inside Israel, might make it more difficult to restore calm. Reports from Israeli media said the government was currently not considering pleas from other regional players, including Egypt, to reinstate a truce.

In Jerusalem, the Israeli security Cabinet began meeting to discuss the next steps, as the United Nations appealed for calm.

The deadly rocket strike came before dawn in the Israeli coastal city of Ashkelon. The Magen David Adom medical service said a man in his 40s was found dead under the rubble of a building there.

He was the first casualty in Israel from the current wave. The man was later identified as a man from Hebron, the West Bank's largest Palestinian city.

The eruption of fighting cast doubt over recent understandings brokered by Egypt and U.N. officials to reduce tensions. Earlier this week, Israeli Prime Minister Benjamin Netanyahu had defended those understandings, saying he was doing everything possible to avoid another war. But he will now be under intense pressure to retaliate given Hamas' unrelenting rocket barrages.

How this wave of violence started

The rocket fire was triggered by a botched Israeli military raid in Gaza on Sunday. Undercover troops, apparently on a reconnaissance mission, were discovered inside Gaza, setting off a battle that left seven militants, including a Hamas commander, and a senior Israeli military officer dead. Hamas then fired a guided missile that struck a bus from which soldiers had just disembarked, marking an upgrade over its typical inaccurate projectiles.

The strike set the bus on fire, sending a large plume of black smoke over the area. A 19-year-old soldier was critically wounded and rocket attacks and Israeli retaliation fire quickly ensued.

The airstrikes and rocket barrages resumed at dawn Tuesday after nearly two hours of calm.

He said the Israeli military has enhanced its deployment along the border but had yet to mobilize its reserves. He said Gaza militant groups were believed to have an arsenal in excess of 20,000 rockets and mortars of different caliber and range.

The last Gaza war, and the lingering blockade

Israel and Hamas have fought three wars since the Islamic militant group seized control of Gaza from the internationally-backed Palestinian Authority in 2007. In the most recent war, over 2,200 Palestinians were killed, more than half of them civilians, and tens of thousands were left homeless. Seventy-three people, most of them soldiers, were killed on the Israeli side.

Israel and Egypt have maintained a blockade on Gaza since the Hamas takeover. The blockade has devastated Gaza's economy.

In recent weeks, Egyptian and U.N. mediators had appeared to make progress in brokering informal understandings aimed at quieting the situation.

Last week, Israel allowed Qatar to deliver $15 million to Gaza to allow cash-strapped Hamas to pay the salaries of thousands of government workers. At the same time, Hamas has lowered the intensity of its border protests in recent weeks.

Netanyahu cut short a visit to Paris because of the flare-up and returned to Israel on Monday for consultations with top security officials. 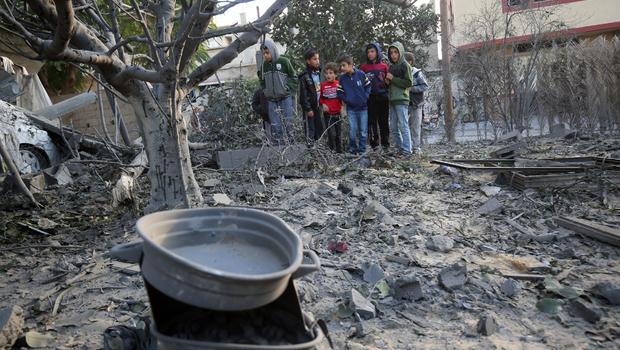 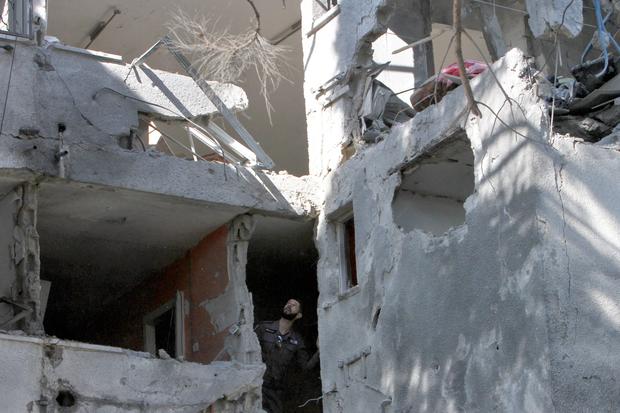 Senators introduce bipartisan bill to send $400 million in aid to...