A Black Panther-inspired claw and a Power Rangers "superstar blade" are on the naughty list of toys this holiday season. That's because a consumer safety group warns that they're among the most dangerous for children.

The annual list of the holiday's worst toys include playthings that have the potential to harm children, according to World Against Toys Causing Harm, or W.A.T.C.H. The consumer advocacy group said the 10 toys on its 2018 list can cause injuries such as choking, strangulation, blunt force trauma or eye damage.

"The toys nominated for the 2018 'Worst Toys' List are illustrative of some of the types of potential hazards parents may encounter while holiday shopping but should not be considered the only potentially hazardous toys on the market," said W.A.T.C.H. President Joan Siff. "The list is a hands-on-tool to help parents recognize what some of these potential hazards may look like."

"Everything sold in the U.S. has to go through the strictest regimen in the world" for safety testing, he said. A bigger issue, he said, are knock-off toys that appear on online marketplaces, which might not have gone through the same testing as toys approved to be sold in the U.S., he noted.

The holiday season is the prime buying season for toys, and many retailers are expanding their toy selection in the wake of Toys R Us' demise earlier this year. Still, toys are under pressure from electronic games and apps, with toy sales rising 2 percent to $11.6 billion this year through September, according to NPD Group. That's half the pace of increase seen during the same time last year.

With movie and TV tie-ins popular with kids, it's no surprise that a few of them are on the list of W.A.T.C.H.'s toys to avoid. Among them are the Black Panther-related toy and Power Rangers gadget, but some retro toys are on the list as well, such as a Cabbage Patch Kid doll.

The U.S. recorded about 240,000 toy-related injuries in 2016, while 35 children died from toy-related incidents between 2014 to 2016, W.A.T.C.H. said, citing the Consumer Product Safety Commission. Every three minutes, a child is treated in an emergency room for a toy-related injury.

Parents and other consumers should be wary of buying toys online, since not being able to closely inspect packaging and the toy itself can lead to overlooking obvious hazards, the group said. W.A.T.C.H. recommends "defensive" toy shopping by inspecting products for defects and poor designs.

"W.A.T.C.H. cautions toy shoppers not to be lulled into a false sense of security that a toy is safe because it has a familiar brand name on the package or it's available from a well-known retailer," the group said in the statement.

Here are the 10 toys W.A.T.C.H. said shoppers should avoid this holiday season:

This toy projects night-sky images, marketed as a way to make bedtime fun. Yet W.A.T.C.H. said even though it's marketed for infants as a nightlight, its packaging warns that it's "not intended" for crib use. Other parts of the toy present a potential ingestion hazard, and the manufacturer warns that "battery acid leakage" could be a hazard. The toy is found at Target and other retailers, W.A.T.C.H. said.

In the wisdom of the holiday classic "A Christmas Story," this toy gun might put your eye out. That's according to W.A.T.C.H., which said the toy's launch force presents the potential for eye and facial injuries.

This Hasbro toy is accompanied by a warning that children shouldn't hit or swing at people or animals, nor should it be used around breakable objects. Based on the popular Marvel movie, the claw is marketed to children as young as 5 who just might be tempted to "slash" like the superhero they look up to, W.A.T.C.H. said.

The toy encourages children to "power up," but doing so could cause injuries to themselves or others, thanks to the spring-loaded plastic blade, W.A.T.C.H. said. The packaging includes warnings about never hitting people with the toy, nor swinging or poking at them with it.

This retro toy may appeal to millennial and Gen X parents who want their kids to relive mom and dad's fun with the Cabbage Patch Kid phenomenon, but the nostalgia probably doesn't include choking hazards. The doll has a removable headband that can be ingested, W.A.T.C.H. said.

This toy, recommended for ages 1.5 to 4, doesn't come with any warnings, but W.A.T.C.H. said the drumstick handle can be mouthed and potentially occlude a young child's airway.

This ballerina doll is marketed for children as young as 2, but it doesn't come with any warnings. It does come with a plush kitten that can detach from the doll and present a choking hazard for children.

Aimed at children 6 and up, this rocket stomper toy could lead to eye or facial injuries. The toy works when a kid stomps on an air pad, forcing air into a foam rocket that shoots upward. The toy includes warnings that it can lead to "serious eye or face injuries."

This toy, aimed at children as young as 2, comes with a "slicing knife" made of hard plastic. The knife could potentially create blunt trauma injuries, W.A.T.C.H. said.

Manufacturers continue to make "pull toys" with cords that are longer than 12 inches, which create a strangulation hazard, W.A.T.C.H. said. This toy has a string that's about 19 inches long, but it doesn't come with any warnings. The toy is marketed to children as young as 12 months old. 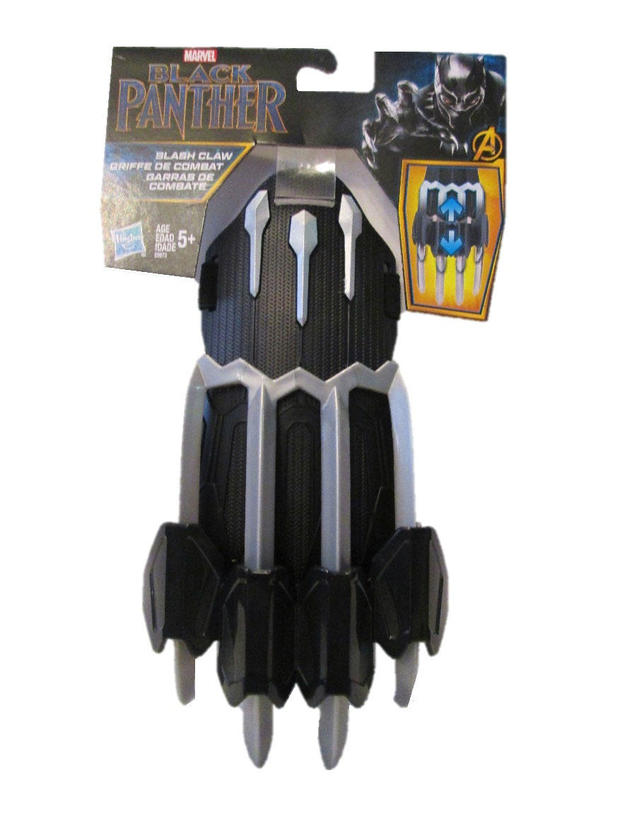 These are the financial records and valuables you should keep locked...