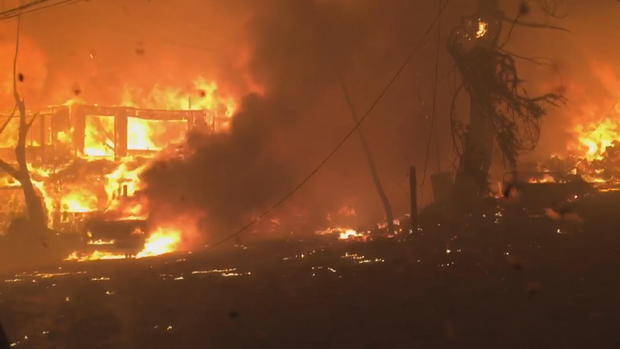 PARADISE, Calif. – A nurse is recalling his and his patients' harrowing near-death escape from the Camp Fire that nearly destroyed the town of Paradise, north of Sacramento. Workers at the Feather River Hospital loaded patients into their personal vehicles and drove them to safety while thousands of buildings burned.

This was the view out Darrell Wilken's car window as he and his patients fled the raging flames in Paradise:

"The window is so hot I can't even touch the window right now," Wilken could be heard saying in a video.

Wilken, a registered nurse, was one of several Feather River Hospital staff members who helped evacuate patients as the Camp Fire closed in.

"Was there a fear at any point that they could even die in your car as you're trying to get away?" Villarreal asked.

Wilken had three patients, two critical, in his car. Vehicles around him were on fire. He thought they may be next, so he and his patients called their families to say goodbye.

"What do you do when you go through hell? You just keep going," Wilken said.

It took them three hours to get through hell.

"I'm still shaking, every time I talk about it," Wilken said. He's still rattled by his narrow escape, but said he and his coworkers just did what was right.

"I didn't want to lose anybody," Wilken said. "We have not just an obligation to our patients, but we have an obligation to humanity. We have to do our jobs, regardless of adverse conditions."

More than 200 people are reported still missing in Butte County. A spokesperson told CBS News all patients from Feather River Hospital are accounted for, but four employees are not. Wilken told us the wing of the hospital he was in just before they fled has since burned down.

Hearses were on standby Sunday as 10 search-and-recovery teams combed through the rubble in Paradise.

Kory Honea, the Butte County sheriff-coroner, called the situation "horrible." He said a mobile DNA lab has been sent to help identify victims.

"There's the possibility that there could be fatalities that — remains that were completely consumed by the fire," Honea said. 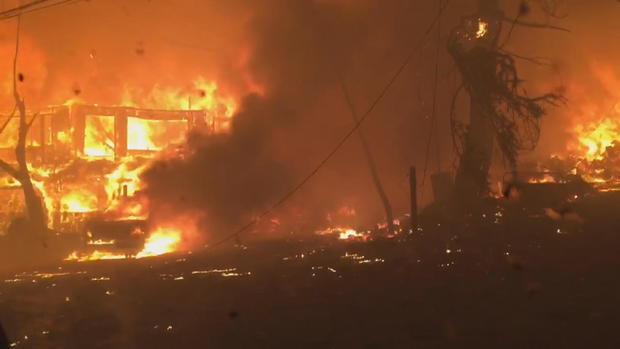