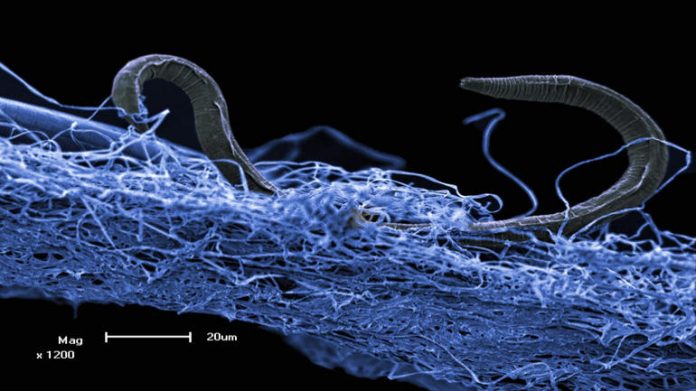 Two miles below Earth's surface, scientists found animal life in a South African gold mine. They wonder: If life can exist there, could it exist on Mars?

Deep in the South African gold mines that line the Vaal River basin, an international team of scientists, including Belgian biologist Gaetan Borgonie, are looking for what they call extreme life—life where no one believed it could exist.

The gold mines are the deepest man-made holes on earth, and they allow the scientists access to Earth's hidden subterranean world. To get to the bottom of the Moab Khotsong mine, the scientists pile on to an elevator called the cage, jammed in along with the gold miners heading to work. The cage drops slowly at first, then faster and faster, descending 450 stories underground. For comparison, the world's tallest building, Dubai's Burj Khalifa, has only 163 floors.

Guided only by the light of their helmet lamps, the scientists walk miles through a vast maze of tunnels, before taking a chairlift even deeper into the Earth. Here, almost two miles underground, they find rock that was formed three billion years ago. Borgonie and his team collect samples of water trapped in the ancient rocks, untouched by humans.

In 2011, they made a break-through discovery: Never-before-seen worms were found living in a pocket of water 5,000 years old. The worms were living without sunlight in unbearable heat. Until that point, no one thought animals could exist that deep in the planet's crust.

It wasn't just worms. Four years later, Borgonie and his colleagues found more animal life in other South African gold mines: an arthropod, a flatworm, and a tiny crustacean, only about one sixty-fourth of an inch. These are among the deepest living creatures ever discovered.

The discoveries have important implications for where else extreme life might exist—not just the deep subsurface of Earth, but elsewhere in the solar system. That includes Mars, a planet that has harsh conditions similar to the bottom of the gold mines.

"Because it means if they can do it here, why would they not be able to do it there?" Borgonie told 60 Minutes correspondent Bill Whitaker in the video above.

Borgonie said Mars likely doesn't have multicellular organisms, but rather, simple life forms, like bacteria. He also thinks the organisms are most likely to live deep underground. Because the atmosphere on Mars has been blown away by solar wind, there is no longer any water above ground. Without an ozone layer, the sun's rays would destroy anything organic. But there is still water underground on Mars, much like the water trapped deep in the rocks at the Moab Khotsong mine.

Borgonie thinks the chance of finding these simple life forms is much higher than many scientists admit—and NASA has been following their work closely.

The video above was edited by Will Croxton. 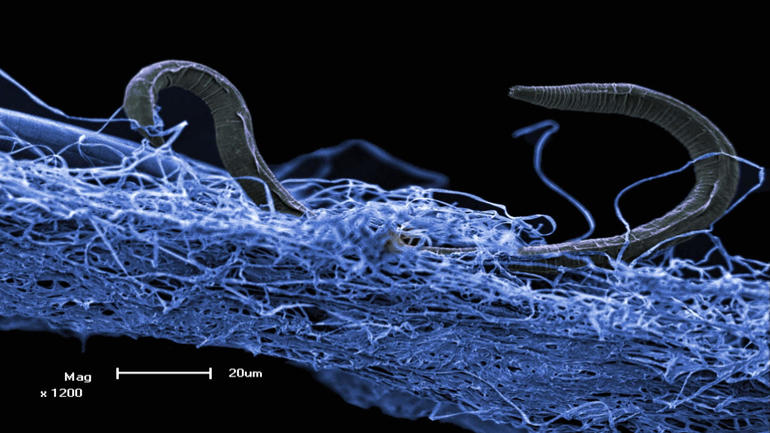 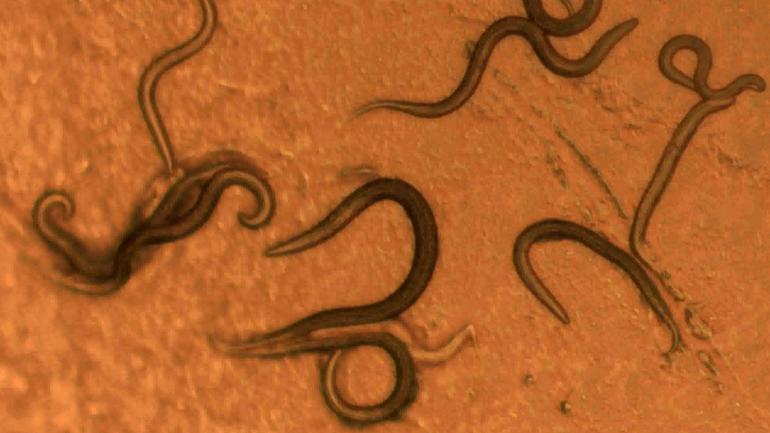