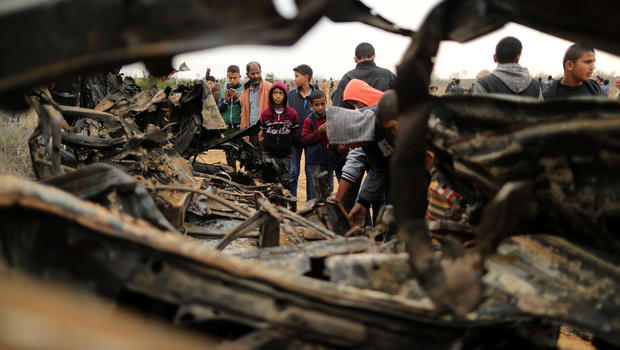 A clash that erupted during an Israeli special forces operation in the Gaza Strip and killed eight people threatened on Monday to derail efforts to restore calm to the Palestinian enclave after months of unrest.

The dead from the incident late Sunday included an Israeli army officer and a local commander for Hamas's armed wing.

Israel said it identified 17 rocket launches toward its territory, three of which were intercepted by missile defenses. It was not immediately clear where the others landed, but there were no injuries.

Israel stressed its operation was an intelligence-gathering mission and "not an assassination or abduction."

The statement from Israeli military spokesman Ronen Manelis signalled that the mission did not go as planned and resulted in the clash, which Palestinian security sources said included Israeli air strikes.

An Israeli ground operation to kill or abduct militants inside the Gaza Strip would be rare.

Hamas, the Islamist movement that runs the blockaded enclave, and its armed wing, spoke of a "cowardly Israeli attack" and an "assassination", vowing revenge.

Hamas's armed wing said an Israeli special forces team had infiltrated near Khan Yunis in the southern Gaza Strip in a civilian car. Israeli air strikes followed when the operation failed, it said in a statement.

Israel's military had not confirmed those details.

The dead included a local commander for Hamas's armed wing, the Ezzedine al-Qassam Brigades, the brigades said in a statement. He was identified as Nour Baraka.

Five others were also Al-Qassam members, while the seventh was a member of a separate militant alliance known as the Popular Resistance Committees, according to Gazan security sources.

Israel's army confirmed one of its officers was killed and another was injured.

"During an (Israeli) special forces operational activity in the Gaza Strip, an exchange of fire evolved," the army said in a statement.

"At this incident, an IDF officer was killed and an additional officer was moderately injured," it added, referring to the Israel Defense Forces and identifying the officer only by his rank, lieutenant colonel, and the first letter of his name, M.

Netanyahu, who had been attending World War I commemorations in Paris, arrived back home on Monday and was to convene a meeting of security chiefs.

The clash comes after months of deadly unrest along the Gaza-Israel border, which had appeared to be calming.

Recent weeks have seen Israel allow Qatar to provide the Gaza Strip with millions of dollars in aid for salaries as well as fuel to help ease an electricity crisis.

Netanyahu had earlier defended his decision to allow Qatar to transfer the cash to Gaza despite criticism from within his own government over the move, saying he wanted to avoid a war if it wasn't necessary.

Defense Minister Avigdor Lieberman said he had opposed transferring the money to Hamas.

Israel and Palestinian militants in Gaza have fought three wars since 2008, and recent months of unrest have raised fears of a fourth.

Deadly clashes have accompanied major protests along the Gaza-Israel border that began on March 30.

At least 227 Palestinians have since been killed by Israeli fire, the majority shot during protests and clashes, while others died in tank fire or air strikes.

Two Israeli soldiers have been killed in that time.

Egyptian and UN officials have been mediating between Israel and Hamas in efforts to reach a long-term truce deal.

On Friday, Palestinian civil servants began receiving payments after months of sporadic salary disbursements in cash-strapped Gaza, with $15 million delivered into the enclave through Israel in suitcases by Qatar.

A total of $90 million is to be distributed in six monthly installments, Gaza authorities said, primarily to cover salaries of officials working for Hamas.

Qatar has also said it would hand out $100 to each of 50,000 poor families, as well as larger sums to Palestinians wounded in clashes along the Gaza-Israel border.

The Gulf emirate has also started buying additional fuel for Gaza's sole power station, allowing outages to be reduced to their lowest level in years. 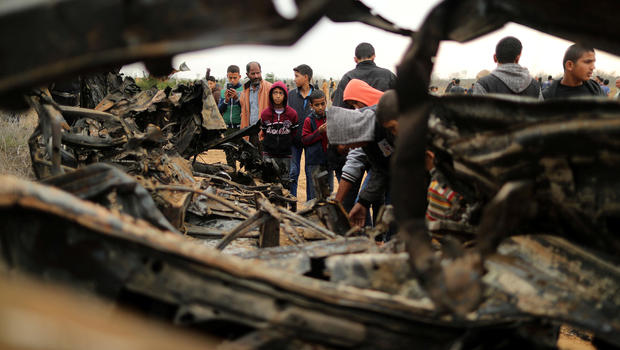 Hundreds of homes to stop sharing an address after 7 confusing...