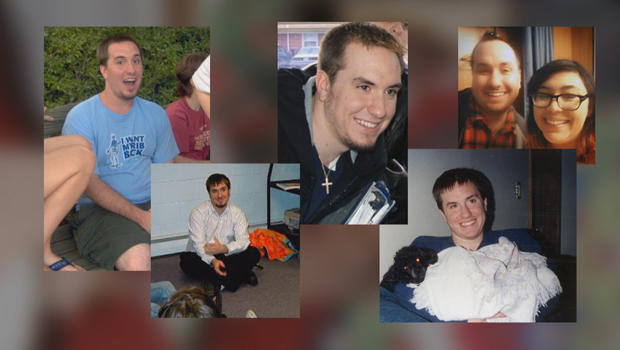 "I was a perfect, golden, super Christian ideal man," said 29-year-old Adam Trimmer. And inside? "Inside, I was scared, broken. Afraid. I knew it wasn't real. I cried myself to sleep so many nights praying, 'God, please change me.'"

Trimmer grew up outside Richmond, Virginia, struggling to keep a secret from his deeply-religious Southern Baptist parents. "I was hiding. I was singing at church, I was a missionary. I did everything to try to be the best Christian," he told correspondent Erin Moriarty. "And I would just wake up, and I was still gay."

And so, at 17, Adam came out to his mother, Paulette. It didn't go well. She recalled, "He said, 'I am gay. I know I am gay.' And I just turned and looked to the side and tears just rolling down my face. And I looked at him and I said, 'Adam, a man shall not lay with another man.' And he started crying. I wanted him to know that it's in the Bible, and you're going against God."

Moriarty asked, "Did you hug him at that moment?"

"No, I did not hug him," she replied, crying. "And I remember hearing him tell someone, 'When I went to my mom, instead of getting love and support, I got religion.'"

A year later, after Adam was also rejected by his first love at college, he attempted suicide. He said, "I was trying to leave this world. I just wanted to die."

While in the hospital, a youth pastor suggested a controversial treatment, known as reparative (or conversion) therapy. It was called "Healing from Homosexuality."

Even though it's been 45 years since the American Psychiatric Association determined that homosexuality is not an illness that can be "cured," an estimated 700,000 adults in the U.S. have received some kind of conversion therapy.

And yet in some religious communities, conversion therapies and support groups for parishioners who don't want to be gay continue to thrive.

"Evangelical people essentially believe that homosexuality is a sin. It's a transgression against God's heart and mind," said Stan Mitchell, a pastor in Nashville, Tennessee. He told Moriarty that conversion therapy is still used every day to "save souls," even those of children as young as 10.

"These children are dealing with the fear that they might spend eternity tortured because of their natural way of being in the world.

To avoid that fate, Adam Trimmer asked his family to help him pay for a retreat with an organization called Exodus International. The mission of Exodus, according to Alan Chambers, was "to help people who were same-sex-attracted to not act on that."

Exodus was once the leader in the field, in part because of Chambers, its charismatic director, who refused to even say the word "gay." Instead, he would say "a person with same-sex attractions."

"Why is that better?" asked Moriarty.

"Because I felt like even using the word was caving in on something that we shouldn't cave in on," Chambers replied.

He was the organization's best advertisement: he had undergone conversion therapy himself, and now had a wife and two children.

When asked if that gave him hope, Adam Trimmer said, "Absolutely, I looked at it and I said, 'Wow, this can really happen.'"

The therapy is based on the belief that homosexuality is caused by nurture, not nature, and so it can be reversed. There are classes (as depicted in the current movie "Boy Erased") on how to act less "gay."

Trimmer was also introduced to something called "cuddle therapy," intended to create aversion to another man's touch, by cuddling with a man in bed.

Like most who go through conversion therapy, Trimmer was also told his homosexuality could be traced back to a troubled family relationship, in his case a distant father and over-involved mother.

Trimmer recalled a counseling session which his mother had attended: "The counselor looked at her and just told her that she was just so overbearing as a mother and that she needed to let me go. And mind you, this is being told to a mother of a son who just tried to kill himself."

Moriarty asked Patricia, "What did that therapy do to your relationship with Adam?"

"It killed it," she replied. "It all but killed it. He didn't want to have anything to do with me."

Alex Cooper says that what she was subjected to when she was 15 almost killed her. Raised in a loving and devout Mormon home in Southern California, when Cooper came out to her parents, they sent her to Utah, to live with a couple recommended by church leaders, who offered unlicensed therapy.

Cooper said, "I was there to become straight."

"Your parents thought that this couple could turn you straight?" Moriarty asked.

"It's wild to think that it's even a thing that goes through people's minds, but it happens every day.

"At first, it was just meetings, just going through the Gospel and talking about why I was there. This giant, terrible mind game."

But the most unbearable part, Cooper says, was a backpack filled with rocks that she was forced to wear all day, every day. "I think about 40 pounds," she said.

And the point of the backpack, she said, was to represent "the physical burden and pain of being gay."

The so-called therapy didn't change her sexual orientation, but Cooper said it broke her spirit, and after several months, she, too, tried to take her life. "On my sixteenth birthday, it was kind of like a gift to myself," she recalled. "I just took every pill in the house, and I just remember being so excited to not be there anymore."

Pastor Stan Mitchell, who once himself sent parishioners to conversion therapy, has been speaking out against it since 2015. "I was a pastor in a megachurch, and I was party to destroying these people," he said.

Moriarty asked, "Do you have any idea of how many young people you had recommended go through conversion therapy?"

But he can't forget the damage he's seen. "In the last four years, I've done at least three or four funerals of people who took their life because of this issue," he said.

He's paid a big price for speaking out; he lost two-thirds of his congregation. "The only thing I regret is that I didn't do it sooner. People died while I was trying to find courage."

As for the American Medical and Psychological Associations, they warn against the use of conversion therapy. And now, more than a dozen states ban licensed therapists from using those practices on children.

But some powerful religious organizations, such as Focus on the Family, say the government is going too far. Jeff Johnson, the group's issues analyst, insists people who don't want to be gay – even children – have the right to try to change.

"I want people to know that God changes people, that leaving homosexuality is a possibility, and that we should have the freedom to do so," Johnson said. "The Government shouldn't step between me and my counselor. That's not their role."

"But you know the state has the right to limit any kind of therapy when there is some evidence that it can be harmful?" asked Moriarty.

"I know there's some outrageous things that happen in life, like backpacks with rocks," Johnson said. "I know that's horrific. But those are such wildly-extreme examples, and that's not what we are talking about in general.

"I have met dozens and dozens of people who have had deep change and deep transformation," Johnson said. "And that's why we continue to advocate for their freedom."

But even the man who was once the living example of the power of conversion therapy admits he's never seen it work. Alan Chambers told Moriarty, "It didn't make me straight. Here I am, happily married to a woman for almost 21 years …"

"But you're still attracted to men?" asked Moriarty.

Chambers shut down Exodus in 2013.

Alex Cooper finally ran away from the home where she was placed, and a Utah judge ruled she could return to her family and live as a gay woman. She is now 23 and shares an apartment with her girlfriend in Portland, Oregon.

Moriarty asked her, "Where did you get that kind of strength?"

"I knew what happy felt like," Cooper replied. "I grew up happy, and I just knew I could have that again."

And Adam Trimmer quit therapy on his own, and says he is now trying to undo the damage.

"Today, my mom and I have a restored relationship that conversion therapy tried to take away from us," he said. "And it has been powerful to reconnect with her."

Moriarty asked his mother, Patricia, "You have your church, and your church tells you that homosexuality is wrong. But you've got your son." 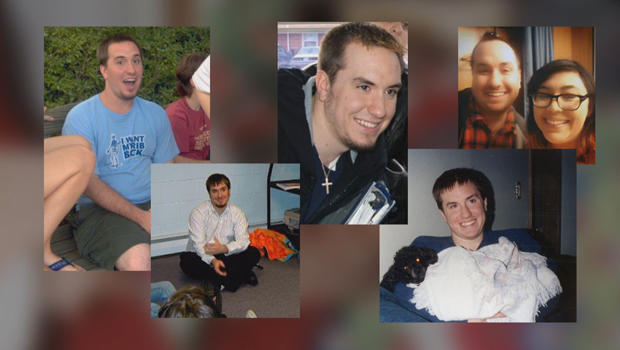 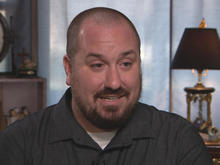 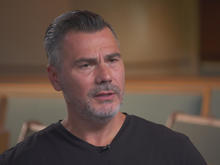 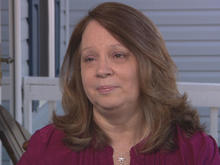 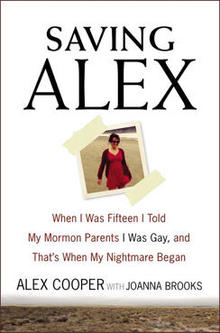 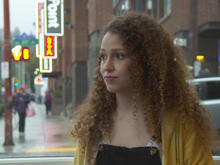 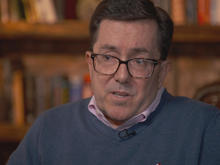 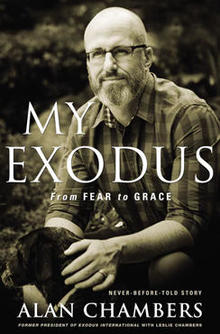 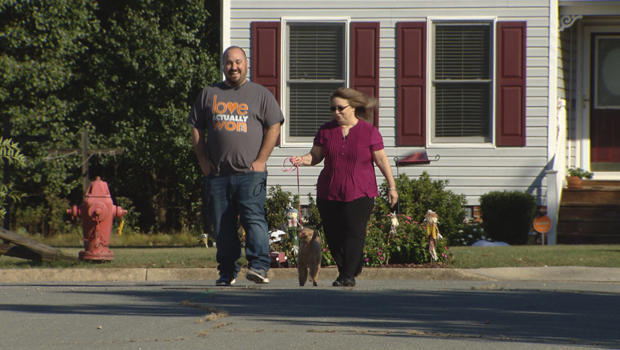