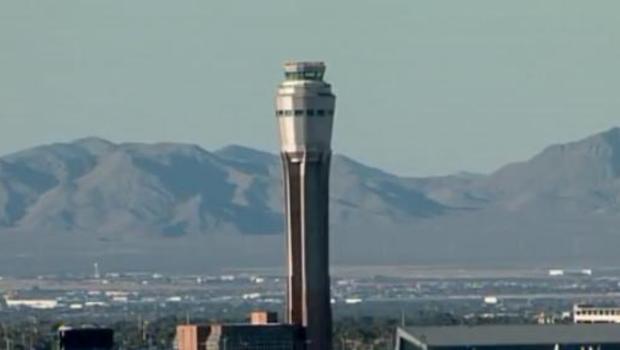 LAS VEGAS — Federal and airport authorities are investigating why an air traffic controller became incapacitated and went silent while working a night shift alone in the tower at busy McCarran International Airport in Las Vegas. CBS News correspondent Kris Van Cleave reports that in air traffic audio of the incident, the controller appeared to become incoherent and eventually unresponsive until she was discovered by another controller returning from a break.

"The FAA is very concerned about this incident and what occurred is not acceptable," an agency spokesperson told CBS News.

The controller can be heard slurring her words, confusing flight numbers and being otherwise incoherent before an alarming open mic incident where she can be heard coughing and choking.

At one point a pilot on a flight waiting to depart asks, "Is there somebody up there who knows what they are doing?"

Later in the incident one of the flights radioed, "I hate to ask this but do you have a supervisor?"

On Friday, the FAA changed its staffing rules to ensure two controllers in the tower before midnight.

"No safety events occurred during this incident," the Federal Aviation Administration said in a statement about what officials said amounted to a 40-minute span during which the female controller apparently lost consciousness shortly before midnight Wednesday.

"An air traffic controller at the Las Vegas tower became incapacitated while on duty," the agency said. It did not identify the controller or the cause of her incapacitation.

Five inbound aircraft remained airborne during the incident, and aircraft on the ground held positions or communicated between themselves to maintain safety while moving, the FAA said.

"Somethings going on up there," a concerned pilot can be heard saying Wednesday night.

Air traffic recordings available on the internet show commercial airline pilots having trouble understanding the controller during radio communications about approaches to land, clearances to take off and directions for taxiing. Some begin talking between themselves about something being amiss.

At one point, the controller sounds sleepy and apologizes over the radio, saying she is "choking a little bit." Minutes later, she misstates an aircraft's call numbers. Finally, her microphone opens to the sound of coughing and grunting.

She does not respond to a pilot's inquiry before the sound of a male voice is heard in the room asking if the woman is all right.

Officials said a male controller who had been on break was summoned to return to the tower. Paramedics responded.

The FAA said the woman was put on administrative leave, and the agency ordered two controllers to be in the tower during busy hours.

"The FAA is deeply concerned by the incident, is thoroughly investigating what occurred, and is taking immediate steps to modify its overnight shift staffing policies," the agency told CBS News.

McCarran is among the 10 busiest airports in the U.S. in passenger volume. The unidentified controller worked for a little more than an hour before trouble began and communicated with pilots of 29 aircraft before she was replaced, the FAA said.

National Air Traffic Controllers Association chief Paul Rinaldi issued a statement praising the work of thousands of union members around the country and promising cooperation in the FAA investigation "so that all of the facts are known." 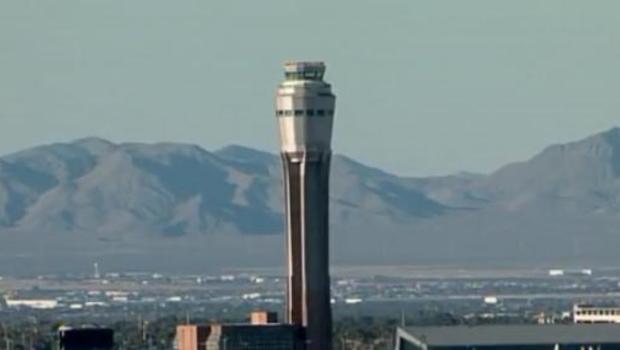 “Mismanagement” blamed for long wait times at LaGuardia amid shutdown