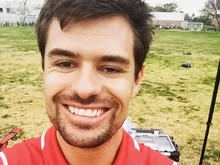 THOUSAND OAKS, Calif. — Federal agents were back at 28-year-old Ian Long's house Friday, clearing the crime scene as they searched for clues as to why the former Marine opened fire in the Borderline Bar & Grill. Twelve people were killed with an extended magazine on a glock handgun.

Todd Stratton was at the bar Wednesday night. He'd also been friends with Long for 11 years and said he thought he might be suffering from post traumatic stress disorder (PTSD) when he came back from deployment in Afghanistan in 2013.

"There was times where people would ask him about it and he got kind of, you know, upset and said he didn't, you know, like talking about it," Stratton said.

Among the victims were college students, veterans and others who were at Borderline for country-western dancing on college night. The victims also included sheriff's Sgt. Ron Helus, who stormed the club to stop the carnage.

Many inside had already survived one mass shooting at the Route 91 festival in Las Vegas 13 months ago, including including 27-year-old Telemachus Orfanos. 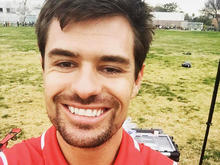