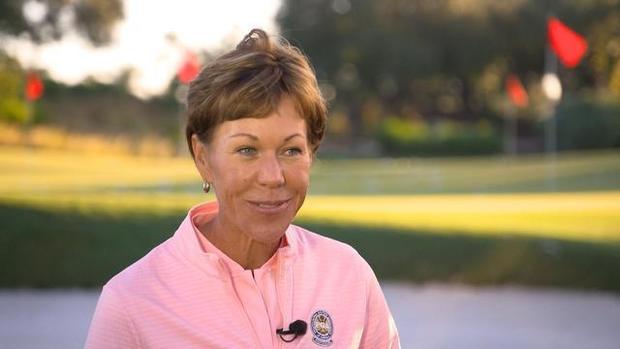 The PGA of America started a new chapter Friday night when it swore in the first female president in the organization's 102-year history. Suzy Whaley now leads one of the world's largest working sports organizations, and she plans to change it for the better.

As a young girl growing up in Syracuse, New York, Whaley craved sunshine, skiing and outdoor sports. But she found her true passion on the driving range.

The Title IX era was just beginning, so Whaley competed on a boy's high school golf team since there wasn't one for the girls. Still, gender wasn't an issue until Whaley tried entering a tournament and found it was only for boys, reports "CBS This Morning: Saturday" co-host Dana Jacobson.

"I didn't think it was fair and I remember thinking, 'Well I don't understand, I just want to play golf. I want to have fun playing golf just like they do.' But we didn't dwell on that in my house," Whaley said. "And my parents ended up moving clubs where I was allowed to play, right? So there was just always this support that if you want to do it, go do it the best you can. … And that's really the way my sister and I both grew up. We weren't afraid to fail."

With that support behind her, Whaley played collegiate golf. She then passed on law school to go to PGA tour school. She competed in some LPGA Tour events where she met her husband, Bill, also a PGA professional, and they started a family. That's when Whaley realized she wanted more opportunities to play.

"I watched my husband play in these tournaments literally weekly, and it was aggravating. I wanted to play against him and I wanted to win!" Whaley said.

That tradition of support continued with Bill, who encouraged her to join the PGA of America. In 2002, while working as a head golf pro in Connecticut, Whaley became the first woman to qualify for a PGA Tour event in 58 years – and just the third ever.

"We celebrated and about two minutes after I had signed my scorecard finishing the event, I had a phone call. It was the PGA tour asking me if I was going to accept the exemption. … I said, 'Can I have some time to think about it?'" Whaley recalled. "I hadn't even considered it! I hadn't even – I really honestly had never imagined that they would allow a woman to play on the PGA Tour."

The win kicked off a media storm with Whaley, fielding about 3,500 interviews. Three months later, she still hadn't decided on playing. It was her then 9-year-old daughter Jenn who helped her make the decision.

"We were reading a story at night as we always did and it was about taking opportunities and taking chances and being brave and when we finished the story she said, 'Well then mom, why aren't you playing?' And I said, 'Well you know, I am.' And I walked down the stairs and that was the night I told my husband I was in," she said.

Since then, three other female golfers have competed in a PGA Tour event, and Whaley has spent her career promoting inclusion in the sport. But leading that effort as one of the sport's top instructors wasn't enough, so in 2014, she decided to run for secretary of the PGA of America – a path that automatically leads to the presidency. She faced a delegation of 111 men and only three women. Whaley got the votes needed, becoming the first woman elected a national officer of the PGA of America.

A month before the election, the PGA of America fired its president for using sexist language on social media. Four years later, Whaley is taking over that role.

"One of our biggest challenges I think, which I look at as an enormous opportunity, is getting more people on our golf courses. We want to welcome women to golf courses. We want more junior girls and junior boys playing golf," she said. "Can you wear sneakers? Absolutely. Do you have to have a golf outfit? No you do not. Do you have to have equipment? No. Most facilities across the country have equipment for you. You can just walk right in the door and do it."

Inclusivity in a sport known for its exclusivity — and while that's something Whaley learned firsthand, for her, golf was never about breaking down barriers. It was — and is — about the love of the game.

"I'm blessed, and I have this amazing association that has given me opportunities that are tremendous. And giving back to that is something that I cherish. … It's just given me so much. I'm just incredibly grateful." 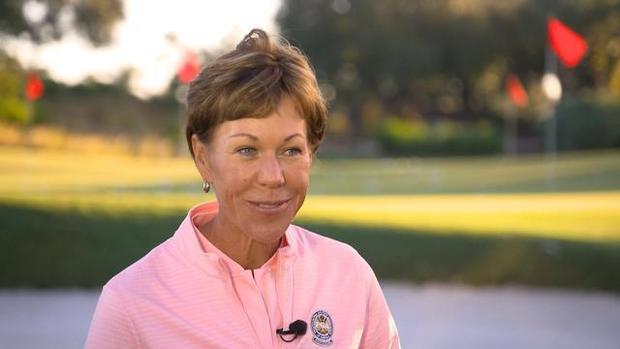