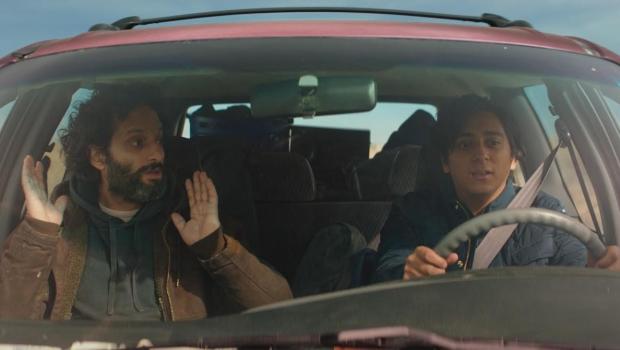 Hannah Fidell says she's used to creating films that are "Dramas with a capital 'D,'" but the writer-director decided it was time for something completely different — like, road-trip buddy comedy different. "The Long Dumb Road" focuses on two men driving through the Southwest in a minivan.

"I thought, 'What better way to exercise my creative right than do a film about two guys?'" she told CBS News. "Men have been writing women's roles forever. Why can't women make movies about men?"

The film stars Tony Revolori as Nathan, a teenager embarking on a solo road trip to begin art college, who picks up Richard (Jason Mantzoukas), a motormouth drifter, along the way.

Revolori says he and his co-star first met in a situation that forced them to learn how to work as a team immediately.

"The first time I met him was in an escape room," he says. "Having that escape room experience — we learned that we got along very well, so we could be in a car for hours on end and have chats about anything from politics to jokes to history." By the way, they did escape the room, even with just the two of them.

Revolori's Nathan is much more reticent than Mantzoukas' manic character, but he says he enjoyed the dynamic.

"It's not so much that Nathan has less to say, it's just that Richard is spouting a bit more nonsense and really has no filter and lets out everything, as opposed to Nathan being more cautious," he explains. "I knew I had to play Batman to the Joker, which was fine, and it was great and we kind of switched around a little bit. We don't stick to that model all the time, which is awesome that we were able to explore different aspects of the characters." Revolori says he enjoyed seeing his character grow by the end of the story: "He's making decisions for himself confidently and assertively and it's him growing and learning."

At one point in the film, during an argument, Richard accuses Nathan of using him for his own amusement and art, while Nathan hits back that Richard is using him for a ride and money.

"The Long Dumb Road" is not a straightforward comedy, blending in serious moments along with the absurd. Fidell wrote the script with Carson Mell, who writes for "Silicon Valley." She says, "He very much handled the jokes and I handled the inherent drama — I think the best comedy comes from drama."

Fidell says that their different sensibilities occasionally put them at odds with each other, particularly over a tense scene in the film in which Richard curses out a woman.

"He really didn't want to have Richard say the C-word and I fought for it," she says. "I really needed Richard to be unhinged. I needed it to be a scary moment. I needed it to propel the story in a new direction and if he said anything else, it wouldn't have made the right impact, and I am actually glad I fought for that.

The film has a sadness to it, and Fidell says that she intentionally set out to subvert the buddy comedy genre.

"I don't think anything I do will not have an undercurrent of sadness to it," she says with a laugh.

"The Long Dumb Road" is in theaters now. 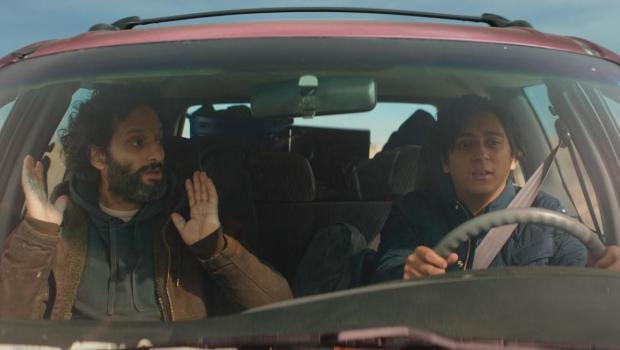