"The Takeout" is a weekly podcast about politics, policy and pop culture hosted by CBS News Chief White House Correspondent Major Garrett. Listeners can expect context and analysis of the week's political news in a casual format that allows for expanded conversation with a newsmaker. Each episode is recorded over a meal at a Washington, D.C. restaurant.

UK Ambassador to the US Sir Kim Darroch hosts Major at the British Embassy for a traditional British lunch and tea. Also on the menu: the "special relationship," the Iran nuclear deal and other foreign policy matters. Cheerio!

New episodes of "The Takeout" are available Friday mornings on iTunes, Google Play, Spotify and Stitcher. We invite you to subscribe….and please rate the show.

"The Takeout" also airs on CBSN every Friday and Saturday night at 9pm ET/PT. And now "The Takeout" airs on affiliates of the CBS News Radio network (check your local listings).

If you would like a signed "The Takeout" sticker, send a self-addressed, stamped envelope to: Takeout Sticker c/o CBS News, 2020 M St. NW, Washington DC 20036.

And you can email us your questions, comments, kudos and/or complaints: [email protected]

Episode 82 (August 10, 2018): Former head of the Civil Rights Division of the Department of Justice and current president of the Leadership Conference on Civil and Human Rights Vanita Gupta at Supra | Audio | extra | Video 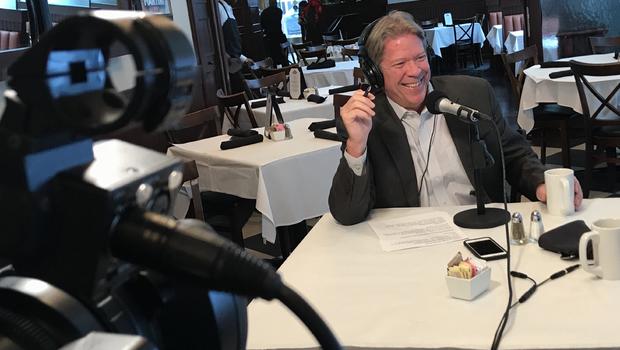 A guide to the election's top ballot initiatives

Congressman’s former intern hopes to defeat him in primary