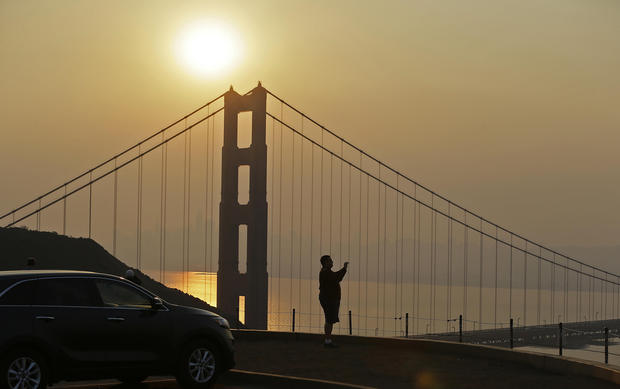 YOUNTVILLE, Calif. — It was a strange scene on an autumn afternoon in California's Wine Country: people walking up and down Yountville's main street wearing surgical masks. Across the Bay Area, residents took precaution as the raging Camp Fire's massive smoke plume enveloped the region, prompting authorities to classify air quality in some parts as unhealthy, CBS SF Bay Area reports.

Many residents awoke Friday with their homes filled with the smell of burning wood. Officials issued an air quality advisory for smoke for the Bay Area region starting Thursday and lasting through Friday. The Bay Area Air Quality Management District also issued a Winter Spare the Air Alert, making it illegal to use fireplaces, wood stoves, pellet stoves or fire pits while the alert is in effect.

The government agency warned that "heavy smoke from the Camp Fire in Butte County is causing very elevated levels of particulate pollution in the region, especially in the North and East Bay."

Officials advised children and older people to move any physical activities indoors, while everyone was encouraged to limit their outdoor activity.

Oakland resident Danny Wertheimer wore a surgical mask as he went for his Thursday evening walk in Oakland. "I looked out my window and I saw the smoke filter in," he said. "It looked bad. It's the worse I've seen this year. It just came in so quickly."

Joseph Hall said the smoke has left him gasping for air at times. "There is ash in my mouth," he said. "My mouth and my nose are dry as a bone."

"Due to projections that the air quality in Sonoma County will not improve by tomorrow, all #SRJC campuses and sites will be closed through Friday, Nov. 9 and all classed and activities will be canceled," said a statement from the community college.

"The air quality at Sonoma State University remains poor due to the fires in Butte County and is projected to stay at unhealthy levels at least through Friday. As a result, the decision has been made to cancel Friday classes and suspend normal business operations for the day," said a statement from the CSU school. 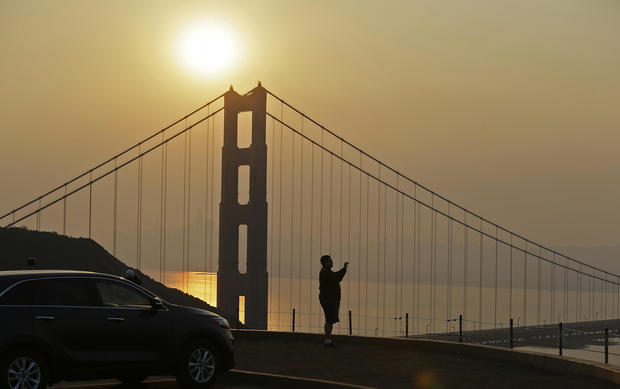 Stimulus checks: Who gets one? Who doesn’t?

Trump says he will not wear mask despite CDC recommendation

Most new HIV cases are transmitted by the undiagnosed or untreated