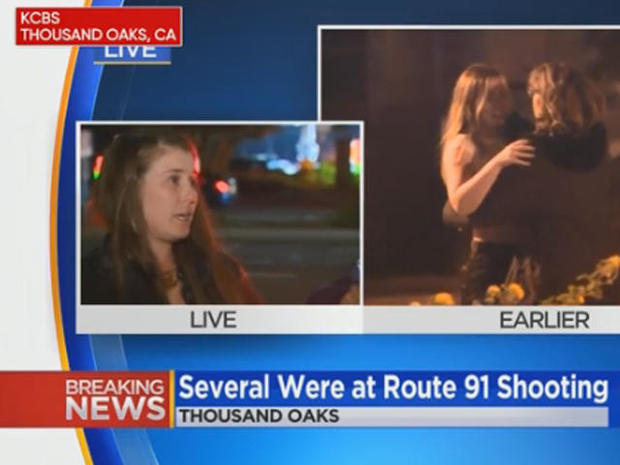 Ventura County Sheriff's Office Sgt. Eric Buchow told the station there were "multiple fatalities" and the gunman was dead inside.

The station says one person was seen — apparently lifeless — on the ground outside the bar's entrance.

Ventura County Sheriff's deputies responded to the Borderline Bar and Grill, some 40 miles west of L.A., at about 11:30 p.m.

The extent of the surviving victims' wounds wasn't immediately known.

Kuredjian said responding deputies could hear gunshots when they arrived.

The father of one patron told CBS L.A. his daughter told him the gunman "knew what he was doing" and came in "with a purpose."

A witness told the station, "There were people in the middle dancing and just hanging out and having a good time" when "very, very loud gunshots" rang out inside.

CBS L.A. said FBI agents were seen entering the bar. The federal Bureau of Alcohol, Tobacco, Firearms and Explosives was also there.

Patrons were seen being led out of the bar by deputies.

CBS L.A. was over the scene. There was a massive law enforcement presence.

According to the bar's website, a "College Country" night was going on at the time of the shooting.

This is a breaking news report. More information will be provided as it becomes available. 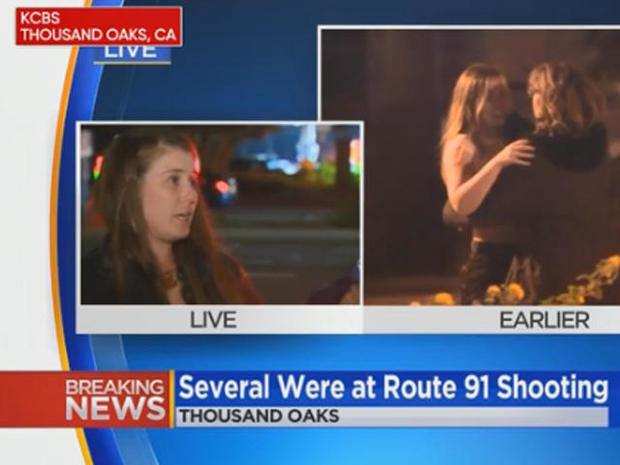 Border agent said he killed to “clean up the streets,” DA...