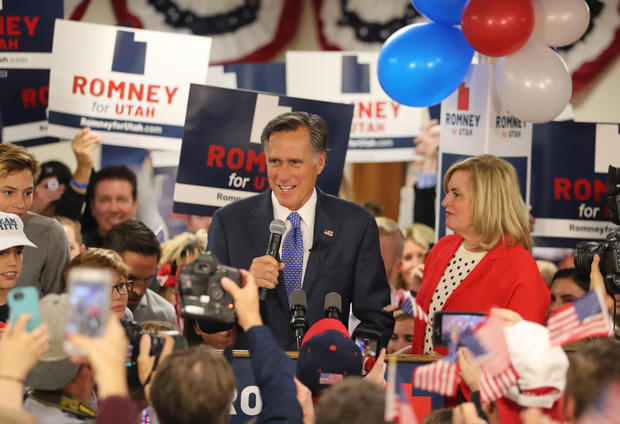 Mitt Romney is finally heading to Washington. The 2012 Republican presidential nominee won a seat in the Senate for his adopted home state of Utah in Tuesday's election.

"I will be only one of a hundred United States senators, but I believe that one person doing the right thing at the right time can have a lasting impact," Romney said on Election Night.

For Romney, it was the right time. In 2012, he waged a hard-fought presidential campaign, complete with an endorsement from then-businessman Donald Trump. After losing to President Barack Obama, Romney stepped out of the public eye.

Four years later, with President Trump heading for the Republican nomination, he came back swinging, calling Mr. Trump a "phony," and "a fraud."

"Think of Donald Trump's personal qualities, the bullying, the greed, the showing off, the misogyny, the absurd third grade theatrics," he said at the time.

But with Mr. Trump in the White House, Romney softened his tone and even talked to the president about a role in his administration.

He may be a rookie senator, but he has an influential voice. The question is how loudly he will use it to criticize the president. Voters in Utah have mixed feelings about the president. Romney, who went to college in Utah but has lived most of his life on the east coast, spent the campaign crossing the state to connect with those voters. 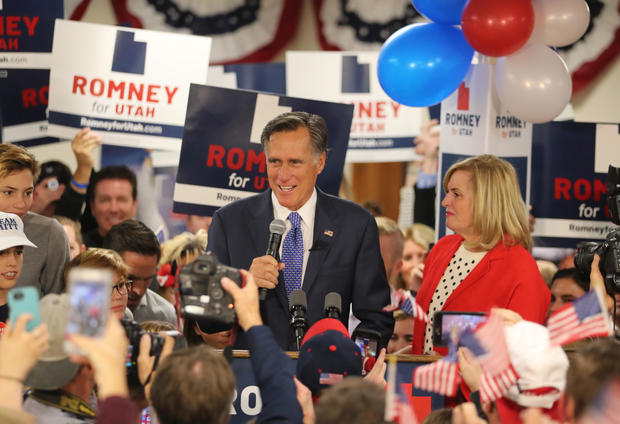