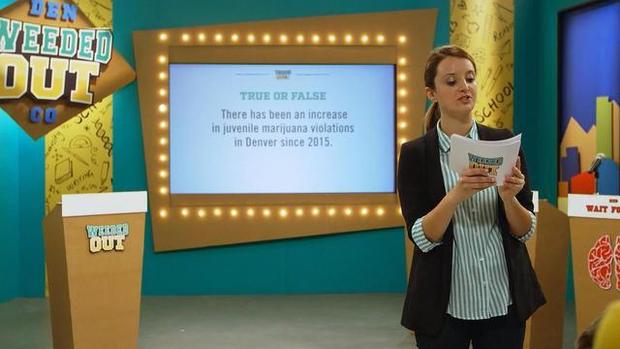 DENVER – It's like "Jeopardy" for juveniles – and the topic is pot. The slickly produced game show is shown where teens get their information: on social media.

"Marijuana can damage which two major organs in the human body?" the host asked.

"A. Brain and lungs," the teen responded.

And the same quiz-show format plays out in classes across Denver.

Last year, the city brought in nearly $45 million in taxes from legal marijuana sales. More than $3.6 million of that will go to these new marijuana awareness program for teenagers.

Learning more is making kids use marijuana less, says Ashley Kilroy, who runs the pot education program for the city.
"The numbers are showing that use has dropped significantly," Kilroy said.
The city's point of pride is a survey showing the number of kids who have reported using pot in the last 30 days dropped from 26 percent to less than 21 percent over the last two years.

But from the students, we got a big dose of teenage doubt about the program. It seems like adults aren't trusting kids with all the facts, junior Isaiah Diaz said.
"There's obviously medical benefits to it, otherwise it wouldn't be legal," Diaz said. "It's not properly balanced."
"I think they are afraid to tell us the good side just 'cause they think they might influence the way we think. They might encourage us to use it," senior Hana Elghoul said.

It's a tough call for teachers like North High School's Vince Trujillo.

"If you were allowed to give more information, not just about the bad… would that make you more credible, do you think, in the eyes of these teenagers?" Petersen asked.

"Yeah, because I think at the end of the day they want the whole truth," Trujillo said. "So if you were able to bring both sides, I think more students would be in tune with that."
In truth, the program is a lot like marijuana laws in America – a work in progress. But so far it's hitting the key goal it set, persuading more and more kids to give pot a pass. 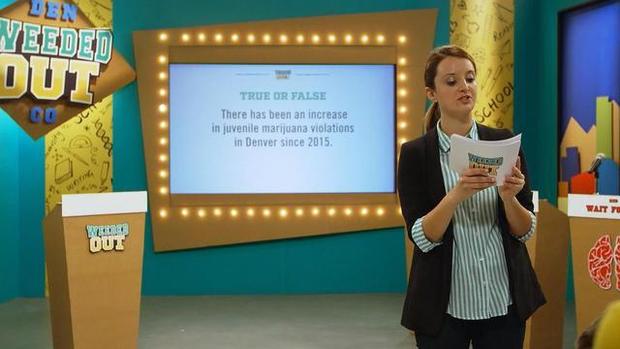 Birx warns of “broad surge” across the country