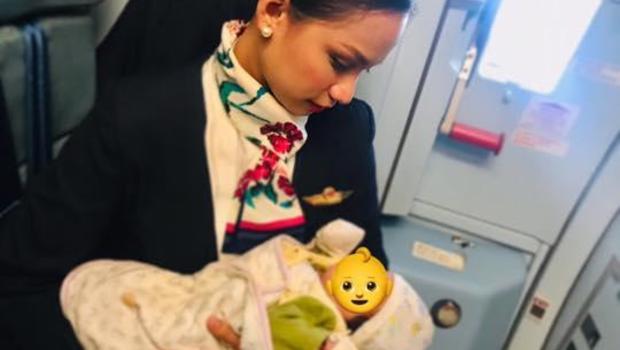 Flight attendant Patrisha Organo was just doing her job on a Philippine Airlines flight Wednesday when she received another call of duty. Organo, a new mother, switched gears from flight attendant into mom mode when she heard a crying baby mid-flight.

The flight attendant, who has a nearly one-year-old daughter at home, heard an infant fussing after takeoff. It was "a cry that will make you want to do anything to help," she wrote on Facebook. "I approached the mother and asked if everything's okay."

Tearfully, the mother told Organo her baby was hungry but she'd run out of formula.

"I felt a pinch in my heart. There's no formula milk onboard," Organo wrote. "I thought to myself, there's only one thing I could offer and that's my own milk. And so I offered."

"I saw the relief on her mother's eyes," she wrote.

Organo posted a photo of herself breastfeeding the hungry baby, and the post has gone viral.

"I continued to feed the baby until she fell asleep. I escorted her back to her seat and just before I left, the mother sincerely thanked me," the post continued.

Organo said she knew that flight would be memorable for her because it was her first flight in a new position as cabin crew evaluator. But she never imagined it would turn out like this.

"Thank you, Lord for the gift of mother's milk," Organo wrote. 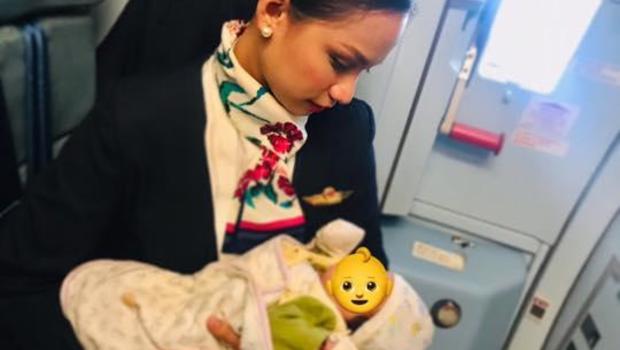