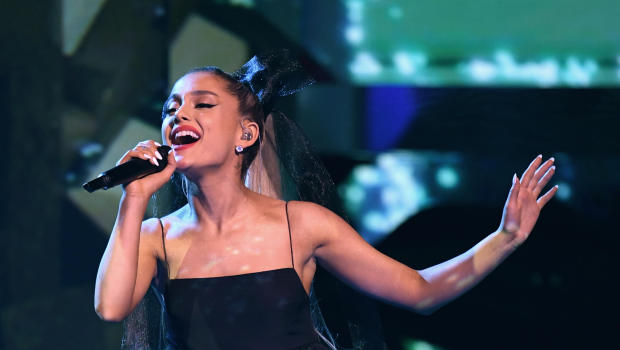 Ariana Grande is laughing at herself for making a song called "No Tears Left to Cry." The song was released in April, before her ex-boyfriend Mac Miller died in September and before she and Pete Davidson broke off their engagement in October.

On Wednesday night, Grande wrote on Twitter, "remember when i was like hey i have no tears left to cry and the universe was like HAAAAAAAAA b***h u thought." She admitted on Thursday, though, that she has grown from her challenging experiences in the past several months.

Last week, the coroner's office in Los Angeles announced that Miller died accidentally on September 7 from a mix of fentanyl, cocaine and ethanol (alcohol). After Miller's death, Grande said she was sorry she couldn't save the "sweetest soul" who for so long was her "dearest friend." Grande dropped out of a scheduled appearance on "Saturday Night Live" soon after; executive producer Lorne Michaels said it was because of "emotional reasons." At the time, Grande hinted she was having a tough time, tweeting, "can i pls have one okay day. just one. pls."

In mid-October, reports surfaced that Grande and Davidson split, which Davidson later confirmed. That weekend, the singer dropped out of a scheduled appearance at the F**k Cancer's inaugural Barbara Berlanti Heroes fundraising gala, hours before news broke of the split. Grande's manager, Scooter Braun, said at the event, "Someone I'm very close to was supposed to come to sing for you today, and because of things she's going through, she couldn't be here today. And while I was frustrated, being the manager, my wife, being who she always is, just looked at me and she goes, 'She needs this time.'"

Over the weekend, Grande dropped her new single, "Thank U, Next," in which she sang about her exes. The chorus of the song is "I'm so f**king grateful for my ex."

She mentioned both Miller and Davidson and sang, "And for Pete I'm so thankful / Wish I could say thank you to Malcolm / 'Cause he was angel." 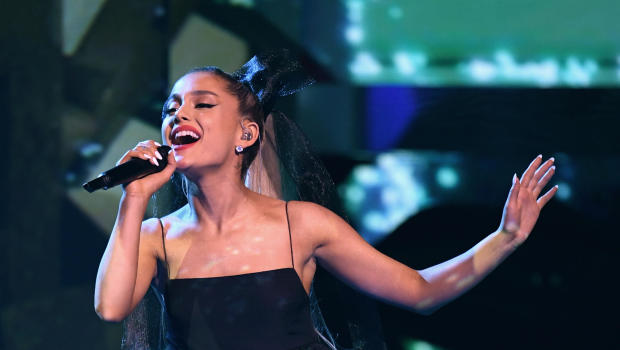