By Richard Escobedo CBS News November 6, 2018, 7:52 PM What people were searching for on Google in the lead up to Election Day

As polls start to close in one of the most consequential midterm elections in recent memory, recent data from Google shows the candidates and issues that are top of mind in congressional districts across the country.

In 55 percent of congressional districts — from Oregon to North Carolina — healthcare remained the leading issue in recent weeks, according to Google's data. That's down a percentage point from last week.

But, as President Trump made immigration a central topic on the campaign trail, it emerged as a leading issue in 34 percent of House districts–up from 28 percent a week earlier.

This trend was especially pronounced in states with large Hispanic populations — Texas, Arizona and California. It also was a top issue in search in South Florida.

Notably, search volume for immigration surged in conservative districts in North Dakota, South Dakota, and parts of Minnesota and Nebraska, according to the data.

Indianapolis was the top metro area where citizens searched for information on how to cast their ballots. Indiana – a reddening state – is home to one of the most closely watched Senate races this cycle. Republican Mike Braun is looking to unseat moderate Democrat Sen. Joe Donnelly.

Mr. Trump also apparently had an effect on Google searches, particularly after recent rallies in Chattanooga, Tennessee and Macon, Georgia. There was a 285 percent spike in searches for Senate candidate Marsha Blackburn after the president's rally. Blackburn is running against former Tennessee Governor Phil Bredesen, who saw a 186 percent increase in searches.

More generally, there was a 483 percent spike in searches for voting in Tennessee after the president's rally. 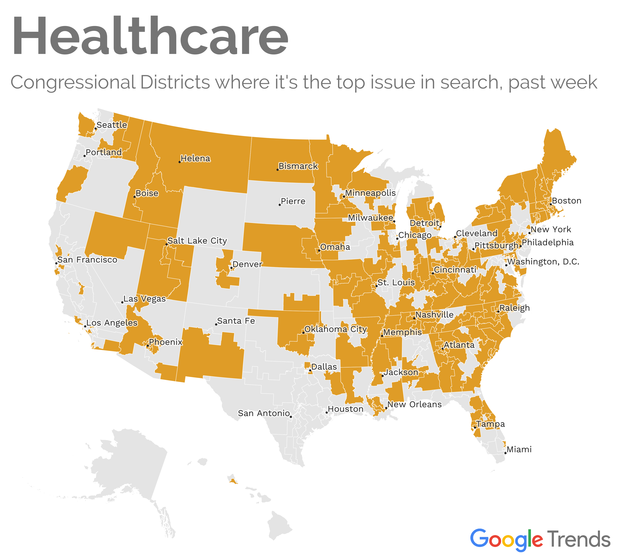 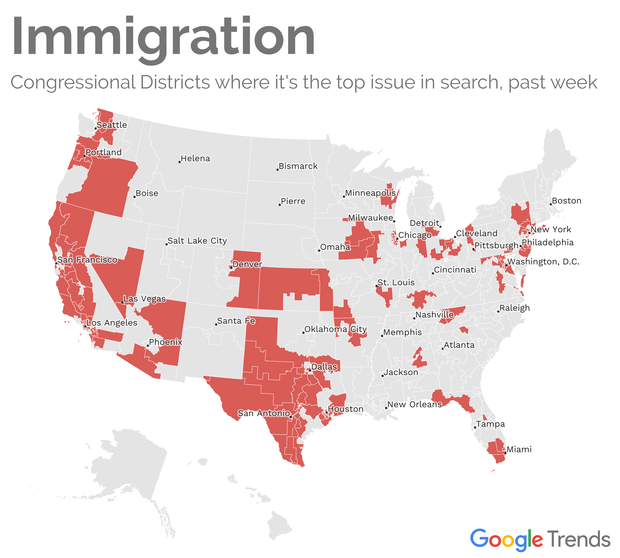