Sears says it is planning to spread holiday magic across its stores. Whether consumers will stop inand open their wallets between Black Friday and Christmas Eve remains the question.

The beleaguered retailer is facing several hurdles, which Peter Boutros, chief brand officer for Sears and Kmart, acknowledged in an interview with CBS MoneyWatch. Top among them is its bankruptcy filing last month, which may cause some consumers, vendors and even employees to be under the mistaken belief that the entire chain is closing, he said.

Retailing has grown more competitive than ever, with bricks-and-mortar stores battling fast-growing internet rivals such as Amazon. Years of underinvestment has left Sears in a rocky position as the holidays approach. Not only is it reassuring vendors and employees that it's still in business, but the retailer must convince shoppers to give it another chance — just as healthier stores like Target and Walmart roll out their Black Friday specials.

"We have to leapfrog off many years when we weren't investing in the brand, to let people know that Sears and Kmart are relevant again," Boutros said. "We need to reach out to customers and to get them to try us again."

He added, "We do not have rose-colored glasses on."

Since the bankruptcy, Sears has secured commitments from vendors to continue supplying its stores, which means shoppers will find well-stocked shelves over the holidays, he said. The company's decision to close 149 stores will allow Sears to "redirect resources to the go-forward stores and the call center," he added.

"We're not on our heels — we're on our toes going into the holidays," he said.

Stores are getting refreshed with holiday signage. A visit to a Sears in South Burlington, Vermont last Thursday found a store without holiday signage, although some holiday merchandise, such as holiday socks and jewelry, were on display. Sears said the signage would be going up within days.

The store's stained carpets and scuffed walls signaled the location could use a bigger overhaul, although Boutros said the company isn't remodeling before the holidays because there isn't enough time.

Black Friday may prove a major test for whether it can compete with rivals with bigger pockets, such as Walmart and Amazon. Sears hasn't yet disclosed its Black Friday plans, yet it has said it plans a preview of its Black Friday "doorbusters" — or products that are sold at a steep discount to lure consumers in the door — for members on Nov. 18 from 4 p.m. to 9 p.m.

"The state of some of the stores makes Sears a totally uninspiring place to shop, which is not what consumers want during the holidays," Saunders said. "Sears is going to have its work cut out if it intends to compete."

Some consumers may also be unwilling to shop at Sears in light of the bankruptcy, Saunders said. First, some consumers may believe the store is already out of business because of the news of its bankruptcy. Secondly, they may worry about their ability to return items or whether Sears will still be around to honor warranties, he said.

"Some shoppers will be unwilling to buy products at Sears, especially big ticket products, for fear that they may not be able to return them or that guarantees won't be valid if the company eventually goes out of business," he noted.

The bankruptcy provoked an outpouring of nostalgia and support for Sears, with locations seeing "a marked uptick in foot traffic and sales," Boutros noted. Sears started a campaign called "Thanks for the love" to acknowledge that support from shoppers.

"For us, that was our customers and members saying, 'We are going to stick with you,'" he said.

But nostalgia may only go so far, Saunders cautions. "To convert that to sales, Sears has to offer people things that they want at the right price and in an environment they want to shop in," he noted. "There is no evidence that consumers buy out of sympathy for a troubled brand; if the ingredients of the retail offer are not right, sales won't be made."

Sears and Kmart's holiday plans include Kmart's Toy Book, which will be mailed or distributed in newspapers to 10 million households, and events such as its "Unsung Heroes Event" from Nov. 8-12, where veterans, teachers, police officers and other law enforcement and safety officials will receive an extra 10 percent discount. Kmart is also offering free photos with Santa Claus at every location on each Sunday between Thanksgiving and Christmas.

With a strong economy and job market, more consumers will be feeling jolly this holiday season, pushing up holiday spending by 5 percent to $1,250 each, according to consulting company PwC. Whether Sears can ride that wave into a sales bump remains a big question, but doing so will be essential to its success, Saunders said.

"Given the strong economy and the fact that Sears' own same-store sales have been in decline for years, it is not unreasonable to expect some growth," he said. "The second thing Sears needs to do is demonstrate operating profitability. This may be tough at the group level, but they need to show that at least some stores can make money." 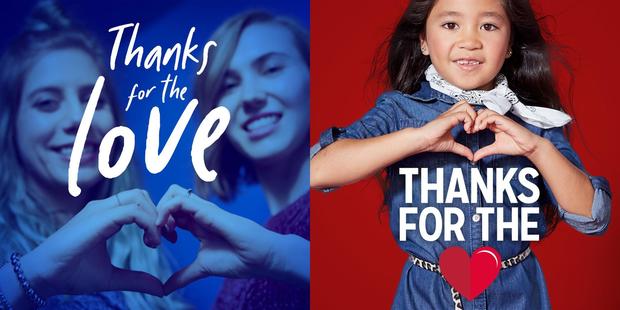