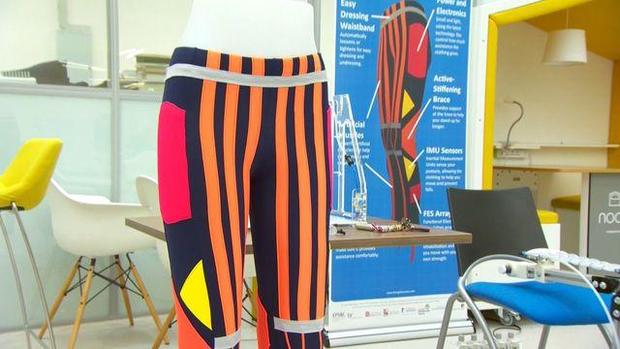 A unique pair of high-tech robotic pants could someday offer mobility to the elderly and people in wheelchairs around the world. A group of engineers in England is experimenting with using the technology inside clothing to strengthen leg muscles.

For Cheryl Chilcott, walking on her own has been a challenge since birth.

"I can walk a bit, but I'm always holding on to furniture, or always looking for the next place to sit down or take a rest," she told CBS News. She thought a wheelchair would be her only option until she learned about the specialized pants.

Developers say robotic technology stitched into the seams has the potential to be a breakthrough for people who need help to move.

"For those people that don't have much muscle function, the pants will give them a lot of power, that's the goal," said Jonathan Rossiter, a robotics professor at England's University of Bristol.

He said he and his team found inspiration from the Wallace and Gromit animated film "The Wrong Trousers."

"So it's very natural for us to call ours, not the wrong trousers, but the right trousers," Rossiter said.

Bubbles are sewn down the thighs of the pants, acting as extra muscles. They expand with air to help the wearer stand and then contract to help the person sit.

In addition, electrodes on the side of the pants stimulate leg muscles to move. Researchers say the pants can boost leg strength and mobility by 10 percent.

The pants currently cost $2 million to make, but the price is expected to drop substantially as they're developed for the consumer market.

"Our goal is to make to make these, within seven to 10 years, cheap enough that the average person can go into a store, could buy them and could use them," Rossiter said.

Chilcott could be wearing them by the year 2025 and is excited by that prospect.

"It will make a big difference to a lot of people," she predicted. 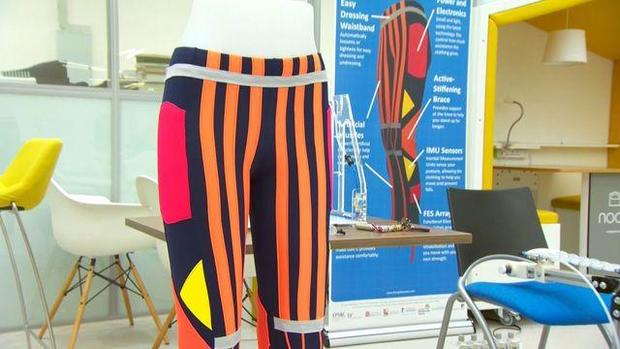