This was a House election centered around sharply polarized reactions to the presidency of Donald Trump.

Exit polling shows that over two-thirds of voters explicitly said that one reason for the vote for the U.S. Senate had to do with President Trump. Over a third of voters (38 percent) attributed their vote partially to opposing Trump, and almost all of them said they voted for the Democratic candidate. Of the 26 percent of voters who said that a reason for their vote was to support Trump, the vast majority voted for a Republican candidate.

Increased representation of Democrats at the polls also contributed to Democratic victories in the House. More self-identified Democrats than Republicans headed to the polls this year (37 to 33 percent). This represents a shift from 2014 midterm election, when more Republicans showed up at the polls (36 to 35 percent).

While these partisan voters continued to display high levels of party loyalty in this year's House elections, independent voters flipped their partisan preference sharply compared to 2014. That year, they leaned Republican by 12 points, but this election they supported Democrats by 12 points.

Given this composition of the electorate, not surprisingly, more voters reported having a favorable opinion of the Democratic Party (49 percent) than the Republican Party (43 percent).

New voters also played an important role in Democrats winning the House. Seventeen percent of voters were first-time voters, and the majority of these voters cast their House ballot for the Democratic candidate.

Key issues on the minds of voters also favored Democrats. The issue most commonly mentioned by voters as the most important one facing the country was health care (42 percent), and among voters who said so, 76 percent voted for the Democratic candidate for the House.

Voters concerned with immigration favored Republican candidates, but only half as many voters picked this issue as most important. 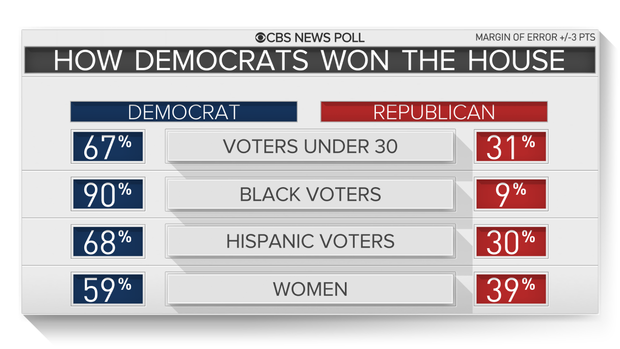 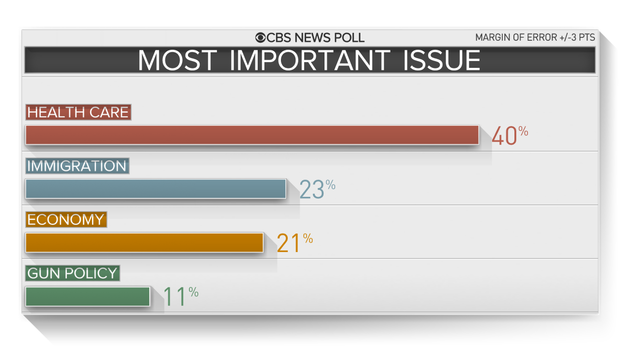 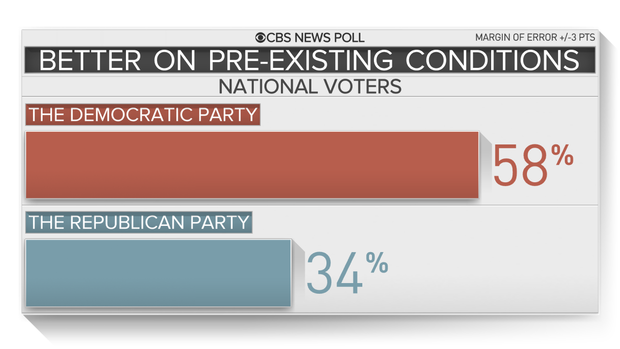