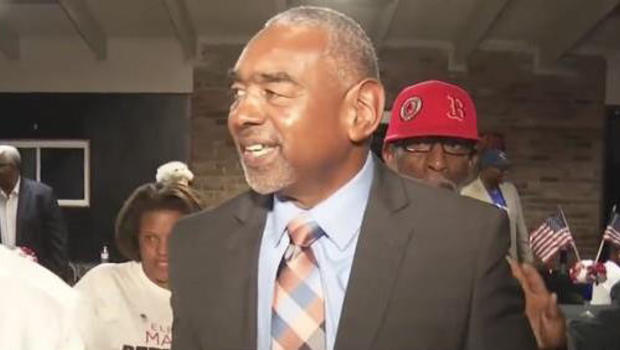 BIRMINGHAM, Ala. — Black candidates have been elected for the first time to two top law enforcement positions in Alabama's most populous county, with both advocating new approaches to the get-tough policies long popular in the conservative state.

Democrat Mark Pettway was elected Tuesday as Jefferson County sheriff on a platform that included additional police body cameras and criminal justice reform, and fellow Democrat Danny Carr won the district attorney's office after suggesting that first-time marijuana possession be treated more like a traffic offense than a serious crime.

Both defeated white Republican incumbents in a county that has about 660,000 residents and is split almost evenly racially between blacks and whites. Jefferson County includes most of the Birmingham area.

Pettway has spent more than 25 years in law enforcement and has worked for the Jefferson County Sheriff's Office for nearly two decades. He turned back a re-election bid from longtime Republican incumbent Mike Hale, who is white.

Carr is a longtime prosecutor who was working as chief assistant district attorney. He previously served as district attorney on an interim basis. He defeated white Republican Mike Anderton, who was appointed to the position last year.

During the campaign, Carr tweeted: "It's hard to imagine that our limited resources should be devoted to jailing individuals for marijuana possession instead of focusing on serious violent crimes." The American Civil Liberties Union highlighted Carr's approach as being part of a national push for criminal justice reform.

In subsequent interviews, Carr said changes were needed to ease jail overcrowding. Alabama prisons held about 22,000 inmates in July while they were designed to hold about 13,000 people, a state report showed.

Saying that proposals to arm educational administrators and teachers aren't an answer to school shootings, Pettway said he would seek funding to put deputies with tactical training in each school. He also advocated for additional educational opportunities for jail prisoners and closer relations between police and community groups.

"We have a priority starting out Day 1, making sure that our children are safe in the schools each and every day," Pettway told CBS affiliate WIAT. "We've been talking about that on the campaign trail. We started out with that."

He told the station bridging the gap between law enforcement and the community will also be a top priority.

In conceding the race, Hale said Pettway "is going to be a good sheriff." Pettway told WIAT he asked Hale to be part of his transition team.

Birmingham, once a violent hotbed of racial segregation and now a landmark of civil rights history, endured decades of population decline because of white flight that has stabilized in recent years, Census figures show. Jefferson County's population remained mostly stable through the same period as resident fled to the suburbs. 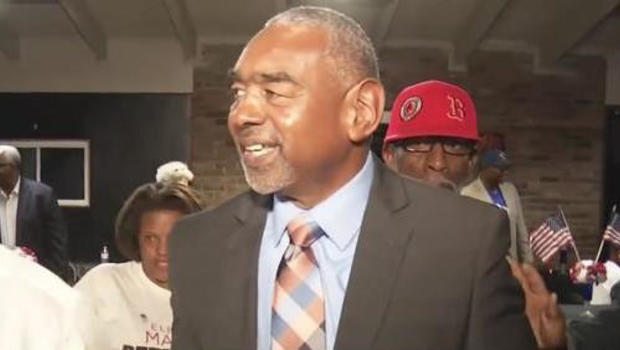 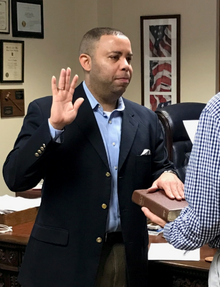