Rebel Wilson is apologizing after she claimed to be the first plus-size female star of a romantic comedy. The "Isn't It Romantic" star also said she was sorry for blocking her critics online after they blasted her for neglecting stars like Mo'Nique and Queen Latifah, among others.

She tweeted, "In a couple of well-intentioned moments, hoping to lift my fellow plus sized women up, I neglected to show the proper respect to those who climbed this mountain before me like Mo'Nique, Queen Latifah, Melissa McCarthy, Ricki Lake and likely many others. With the help of some very compassionate and well-thought out responses from others on social media, I now realize what I said was not only wrong but also incredibly hurtful."

She added that she blocked people because she was "hurting from the criticism," but admitted, "those are the people I actually need to hear from more, not less. Again, I am deeply sorry."

Last week, the comedian came under fire after she said on "Ellen" that she was "proud to be the first-ever plus-sized girl to be the star of a romantic comedy." Social media users quickly called her out with reminders that Mo'Nique, Queen Latifah, Ricki Lake Nikki Blonsky and others were leads in romantic comedies. Wilson attempted to clarify her comments, claiming that she was not necessarily incorrect because it was "questionable" if those actresses were plus-size during the time they filmed their movies or if the films qualified as studio rom-coms.

Mo'Nique herself hit back at Wilson and said, "Hey my sweet sister. Let's please not allow this business to erase our talent with giving grey areas and technicalities. Take a moment and know the history. DON'T BE A PART OF ERASING IT. I wish you the best."

Wilson responded that it was never her "intention to erase anyone else's achievements." The actress blocked several of her Twitter critics, and many of them claimed that she singled out people of color in particular, pointing out that she only responded to a tweet by a white woman.

Though Wilson apologized for her comment, she did not address accusations that she was silencing voices of color.

"Isn't It Romantic" is set for a February release. 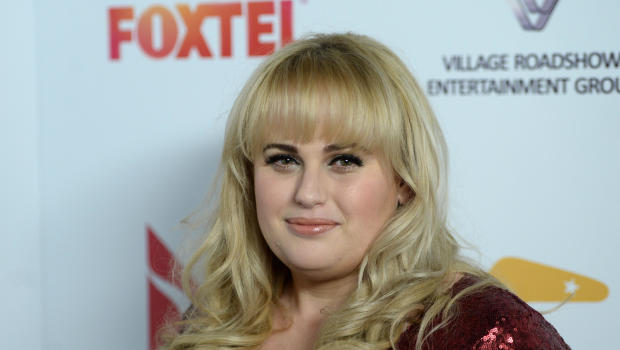