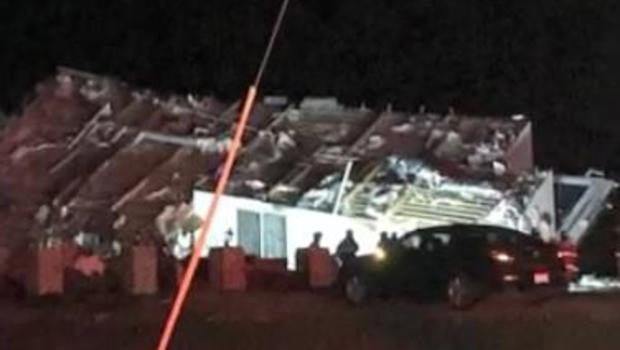 CHRISTIANA, Tenn. — One person was killed and two others injured when a possible tornado passed over their homes here early Tuesday morning, reports CBS Nashville affiliate WTVF-TV. Elsewhere in the South, Election Day brought a possible twister to Tupelo, Mississippi.

The storms hit as disruptive weather was forecast for much of the nation as voters headed to the polls.

The National Weather Service had tornado warnings and watches up for the region.

A home in Christiana when hit with the strong winds, killing a woman, authorities said. First responders worked to shore up the structure so they could recover her body.

Two other women were injured in a mobile home that was also damaged and rolled over during the storm. They were taken an area hospital.

First responders said the home appeared as though it had been "cut to pieces," with debris scattered everywhere.

In nearby home was significantly damaged by a fire possibly caused by lightning. Fire officials said a man and three children were able to get out.

Fire alarms woke the family up, enabling them to flee in time.

A fourth home was damaged when a tree fell on it. A man was inside at the time, but he refused treatment.

In Tupelo, emergency crews were assessing damage from the possible tornado.

The Northeast Mississippi Daily Journal reports areas of the city were closed off late Monday as debris, downed trees and power lines blocked roadways. Tupelo Communications Director Leesha Faulkner said there was a gas leak in a residential area of the city and power outages have been reported. 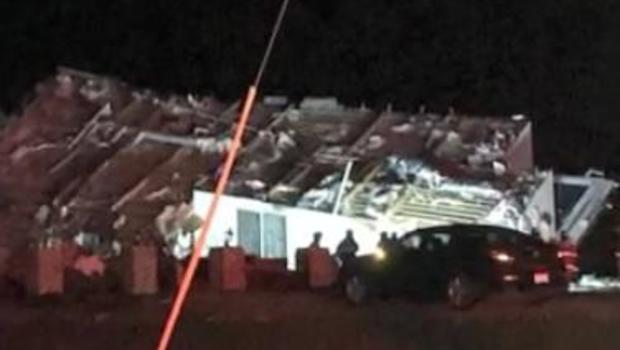 The 5 lawmakers who could make Trump’s life difficult