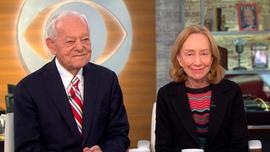 Many consider today's midterm election a referendum on President Trump, but one Pulitzer Prize-winning historian says otherwise. "I think it's a collective mirror on us, who we vote as our leaders, where we are going as a country, what are our values," Doris Kearns Goodwin said Tuesday on "CBS This Morning."

Schieffer, who is covering his 25th election, quoted Franklin D. Roosevelt, who said, "A nation does not have to be cruel to be tough."

"I think that's something that may be pivotal in how people vote," Schieffer said.

Kearns Goodwin, whose most recent book is called "Leadership: In Turbulent Times," (published by Simon and Schuster, a division of CBS), said she is encouraged by the number of women running for office for the first time.

"Just at a time when politics seems like a dishonorable profession, only 11 percent of the people support the Congress, these people want to the come in into it, which is so exciting. And they're bringing something different, I think, from the Year of the Woman before, which may not have worked before," Kearns Goodwin said. "You've got an infrastructure and you've got a feeling that somehow they're outsiders coming in to change the system. Our system needs a revolution."

While Kearns Goodwin cited research that showed "women tend to cooperate more," she also pointed to their broader, collective experiences.

Schieffer reminded viewers this election is "all going to be about turnout."

"My favorite one is in 1942, despite the economy coming back, it's the war, full employment, but coffee was rationed three days before the election. Only one cup a day. That was it," she said. "So that may mean – why it is that Trump is talking about discontent? Creating discontent with a caravan to bring his people to the polls. Also he says it's just not exciting to talk about the economy. Which is incredible – the economy is what people's lives are like." 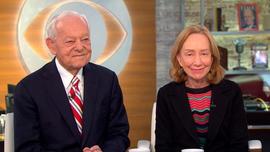 Woman in labor refused to go to the hospital until she...

NBA legend wants cannabis industry to open up to “everybody”