Early exit poll results suggest that President Donald Trump was a factor that significantly affected voting for the House of Representatives in the 2018 midterm elections. Nearly two-thirds of those voters said President Trump was a factor. One quarter of those casting a House ballot said they did so in part to support him. Four in ten said they cast a vote to oppose him. Only one-third said he played no role in their voting.

Only a minority of those voting today approve of President Trump's job performance. The level appears similar to his ratings among the general public overall in recent months. It is also similar to the ratings for former President Obama in the 2010 midterm election, in which Republicans captured majority control from Democrats.

Voters reported that their No. 1 issue in this election was health care — mentioned by just under half of those surveyed. Health care was mentioned by almost twice as many voters as the next most common issue, immigration.

Voters are feeling better about the state of the economy than they have since before the Great Recession of 2008. More than two-thirds rate the economy as good, compared to 36 percent only two years ago.

However, only one in five voters selected the economy as the most important issue in the election this year, perhaps limiting the benefit of this issue for the ruling Republican Party.

The specific issues of trade and taxes do not seem to be helping the GOP's prospects. More voters said that they area where they live had been hurt by Trump's trade policy than had been helped. On taxes, the number of people who said they had benefitted was nearly the as those who were hurt, and nearly half saw no impact.

Despite positive feelings about the economy, overall, voters were pessimistic about the direction of the country. Only four in ten said the country was headed in the right direction, while nearly six in ten viewed the country as off on the wrong track. 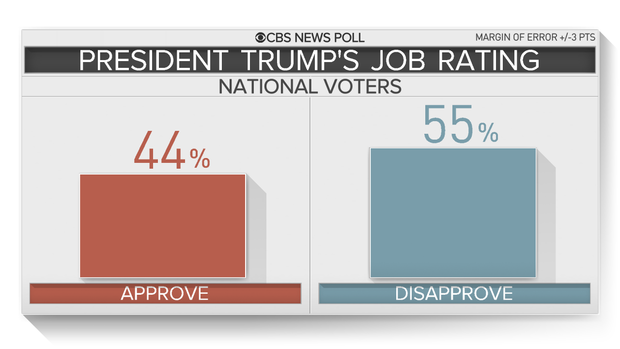 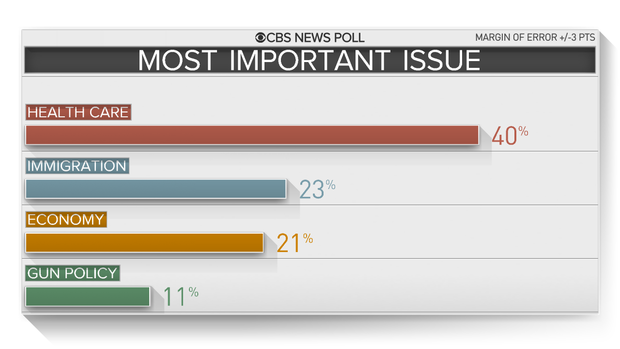 Trump Jr. to testify before Senate Intel Committee on Wednesday