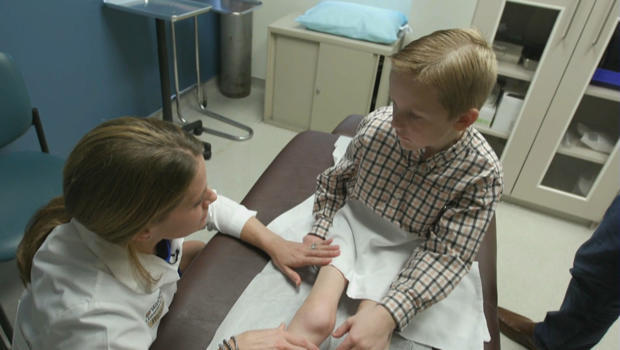 Brian Noblitt says it only took one week for his son Brandon's health to deteriorate in 2016. "One Saturday we played baseball, everything was normal," he told correspondent Adriana Diaz. "Tuesday into Wednesday, cold-like symptoms. And then as the week progressed, had a headache and neck pain."

Days later, Brandon couldn't use his legs to get out of bed. "I knew then something was very wrong," Brian said.

"What did you think?" asked Diaz.

"Your mind doesn't go to paralysis."

Little is known about the rare, polio-like condition found most often in children. Symptoms include sudden arm or leg weakness, and reflex loss.

When asked what was the hardest part for him, Brandon said, "While all your friends are running around and playing, it's just hard to sit in the bed and do nothing the whole time."

His family eventually turned to Dr. Amy Moore, of Washington University in St. Louis. "My goal with the children with AFM was to restore hip stability, and then motion of the upper legs," she said.

Brandon would receive what doctors say is a first-of-its-kind surgery that allowed him to walk again.

Moore says she's the only doctor in the U.S. to perform nerve transfers on children's lower extremities. "I used what they have. They were wiggling their toes, and so I was able to move a nerve that wiggles the toes to the hips."

Fourteen months ago, she performed the nerve transfer surgery on Brandon's leg at St. Louis Children's Hospital. According to Dr. Moore, children typically respond best to this type of surgery because their nerves grow back more quickly. She said nerve transfers are most successful within nine months of diagnosis.

During last week's check up, Brandon was walking again. "It's been amazing," he said. "Thanks to Miss Doctor Moore, I can go outside, play with my brothers, play football." He said now he only uses his wheelchair to play basketball.

The cause of AFM is still unknown. According to the CDC, nearly 400 people have been diagnosed since 2014.

In August, cases spiked after a lull in 2017. The CDC has confirmed 72 cases in 24 states this year.

During a recent interview for "CBS This Morning," CDC director Robert Redfield told co-host John Dickerson he was calling for a special task force to investigate AFM. "It's a very rare condition; about one in a million," he said. "It doesn't appear to be transmissible from human to human. We don't see clustering in families."

While the CDC tries to pinpoint the cause, Dr. Moore is working to help those affected.

"My intention is to give these families hope that there are options if they get this horrible diagnosis," she said.

Brandon says that horrible diagnosis brought him new basketball friends, and has inspired him to one day pursue a career in medicine. He told "CBS This Morning" he wants to become a surgeon, like Dr. Moore. 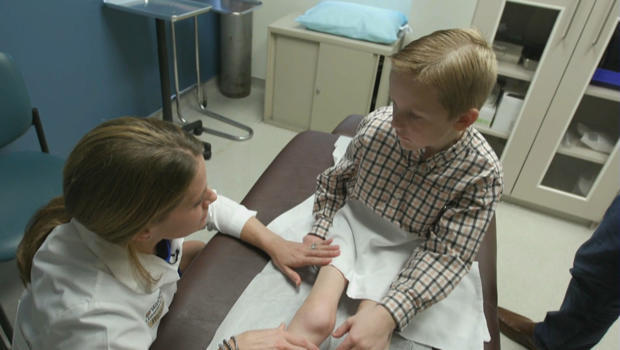 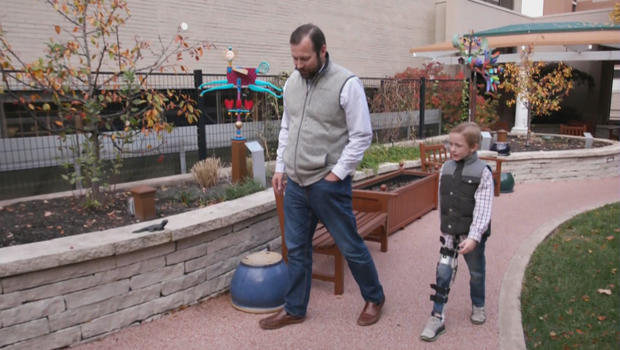