LOS ANGELES — Shaquille O'Neal and Ken Jeong are TV's latest odd couple. The two are trying out as comedy teammates for a TBS reality series pilot.

The network announced that it has ordered a pilot that will test the pair's ability to take on odd jobs. The pilot, with the working title "Unqualified," could be the basis for a series.

The two are already qualified for quite a few jobs. O'Neal was one of the highest scoring NBA players ever before he became a sports commentator and a fast food entrepreneur; he owns more than 100 Five Guys burger restaurants in addition to a Krispy Kreme store. Jeong was a surgeon before he got into acting. In fact, Jeong provided aid to an audience member at his comedy set when she had a seizure in May. ET Online reported that Jeong is currently licensed as a physician and surgeon in California, although he no longer practices medicine.

TBS said the two showed their chemistry when they appeared on the series "Drop The Mic." In a joint statement, O'Neal and Jeong said they are "built to hustle."

O'Neal has appeared or done voice-overs in films including "Scary Move 4" and "The Lego Movie." 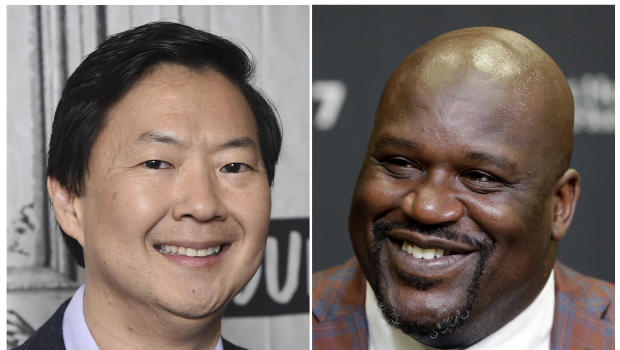