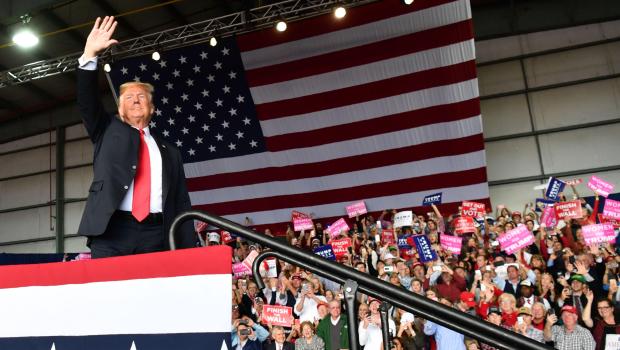 President Trump is heading to Tennessee for a rally with Vice President Mike Pence on behalf of Marsha Blackburn, the Republican candidate for Senate.

He held a rally in Georgia Sunday afternoon to stump for Republican gubernatorial candidate Brian Kemp, the Georgia secretary of state whose race is one of the most closely watched of the midterm election cycle. Stacey Abrams, Kemp's Democratic opponent, would be the first African-American woman elected governor in the U.S. The race has featured repeated allegations of voter suppression by Kemp's office, which oversees state elections.

The president focused much of his remarks on his own record, and criticized Abrams as "extreme far-left." Kemp, he said, is a "great leader." He pressed voters to focus on his support for Kemp, not Abrams' recent high-profile support from Oprah Winfrey.

Earlier, Kemp's office said it had launched an investigation into the Georgia Democratic Party over "a failed attempt to hack the state's voter registration system." The head of the state Democratic Party categorically denied the accusation, saying the "scurrilous claims" are "100 percent false." The president did not mention the issue at his Georgia rally.

How to watch the Trump rally in Tennessee:

Before leaving the White House for the Georgia rally, Mr. Trump said he had no knowledge of the hacking accusations. He said he thought Kemp will be a "fantastic governor of Georgia." 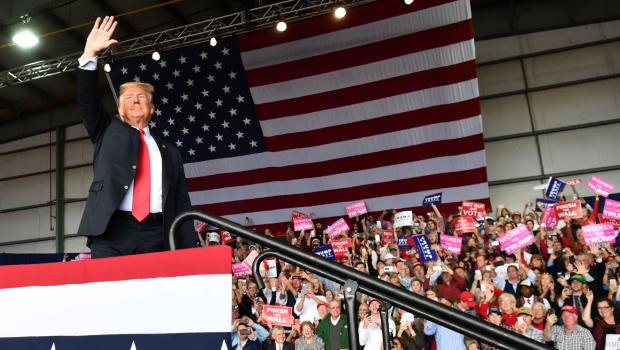