This article originally appeared on CNET.

Dana Hopkins felt like she was in an "endless loop" with Facebook. The frustration began in September when she purchased an ad on the social network to promote an open mic night she was co-hosting in San Francisco.

What happened next was a head-scratcher. Facebook blocked the ad at least six times because the social network said it was political.

"This is the least political thing I do, and it's pretty innocuous," said Hopkins. The problem, it turned out, wasn't that the event was called Smack Dab Open Mic, or that it was advertised as being for the queer community.

The problem was that the bio of a featured attendee, florist Guy Clark, mentioned that years ago he'd received a small business award from Mark Leno, who'd been a California assemblyman at the time. That invited more scrutiny from Facebook.

"We have never had to battle Facebook over an open mic," Hopkins said. Well, at least not until now.

Hopkins was caught on the wrong side of a system Facebook is building to thwart election interference, a problem that became a hot-button issue during the 2016 U.S. presidential election. As part of its attempted fix, the social network rolled out new rules to stop Russian trolls and other bad actors from taking out political ads.

Facebook now requires people posting ads about politics or "issues of national importance" to verify their identity and location. The ads must also include a "Paid for by" disclaimer, and they're stored in a public database.

The process means advertisers need to be authorized by Facebook before running political ads. And because Facebook is relying in part on computers to identify what's legitimate and what isn't, the system has created headaches for many people, including Hopkins.

Entertainers, restaurant owners, retailers and even real estate agents have voiced their frustration and confusion about how Facebook determines whether an ad is political or deals with an issue of national importance.

For the people affected, a mislabeled ad isn't just inconvenient, it can hurt business. The issue underscores Facebook's power as the world's largest social network, and how the company's screwups can undermine user trust.

Hopkins removed the reference to Leno, but she didn't get the ad approved until the day before the event. That resulted in lower attendance, she says. Ultimately, Facebook determined the ad wasn't intended to influence public opinion or "engage in advocacy."

"I could see I was in an endless loop with artificial intelligence, or somebody wasn't paying attention," Hopkins said.

While some businesses and politicians have complained that Facebook's ad rules are onerous, media outlets such as Vice News and Business Insider have found loopholes showing that the system is also lenient. The publications got approval to publish ads they identified as having been paid for by parties such as Vice President Mike Pence, Cambridge Analytica, the Islamic State and all 100 US senators.

The problem, as the senators saw it, was the same one causing trouble for Hopkins. Facebook's computer programs aren't sophisticated enough to do the job, and the company isn't using enough human reviewers to make up the difference.

Not everyone says it's Facebook's fault, though. Steven Weber, a political science professor at the University of California, Berkeley, said Facebook has been "plagued by a whole bunch of problems that are really hard to solve."

Facebook is trying to define political messages in a way that users and regulators agree on, even as it needs to create a system that accurately classifies a massive amount of ads, Weber said.

Facebook acknowledges the system doesn't always get it right.

Leathern said the mistakes are "rare," but he declined to share an exact error rate. There are currently more than 1 million ads in Facebook's political ad archive. Facebook's system searches for the names of politicians in ads and whether the advertiser is trying to advocate for a nationally important issue.

Facebook monitors 20 such issues in the US, including subjects such as civil rights, abortion, taxes and the environment.

It doesn't just take a politician's name to get caught by Facebook's system.

A jewelry shop called BeeGlittery, which wants to raise awareness about the declining bee population, was required to verify its identity as part of Facebook's policy for political ads. The reason: Facebook determined the company's ads advocated for wildlife conservation, which would fall under environment on the social network's list of national issues.

In another instance, Frank Zhang invited a bunch of politicians to a ribbon-cutting ceremony for his new sushi-and-dumplings restaurant in Massachusetts, hoping the event would attract customers.

He wanted to share the video in a Facebook advertisement, but the social network flagged the ad as political.

Still, Zhang went through the process of verifying his identity, which included forking over a government-issued ID, a mailing address and the last four digits of his Social Security number.

"It's like you're reporting to the Social Security department," he said.

Eventually, Zhang was able to post the ad, but much later than he wanted.

Corey Chambers, a Los Angeles real estate agent, tried to advertise a list of historic lofts that qualified for tax savings, but Facebook flagged the post as political because it referenced a California law called the Mills Act. The tech firm determined that it was a "false positive" after reviewing the ad.

Chambers thought about verifying his identity just so he doesn't run into this roadblock again, but he doesn't think it'll do Facebook any good.

"There's no way to accomplish what they're trying to do if they can't tell a real estate ad from a political ad," he said.

Hopkins, the open mic night host, says she too plans to resist verifying her identity with Facebook.

"I should not have to get verified. There's nothing political about this," she said "It's kind of a slippery slope." 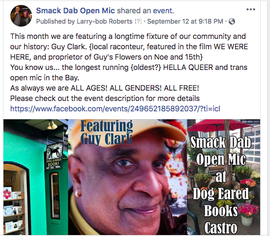 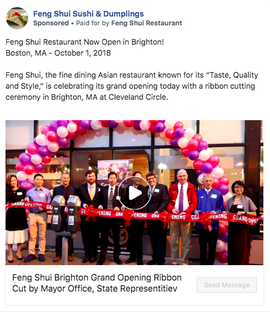 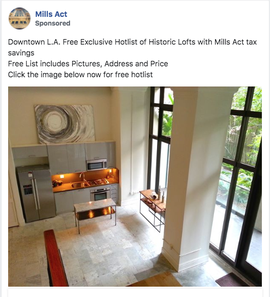 Trump to deliver State of the Union address next week