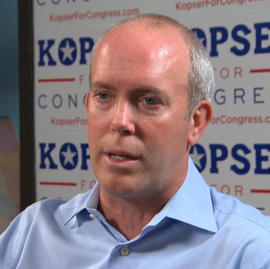 CBS News November 3, 2018, 11:18 AM Hundreds of candidates with science backgrounds are running in the midterm elections

It's been an unprecedented year in politics leading up to Tuesday's midterm elections, with a historic number of women and minorities running for office. Scientists have typically steered clear of the political fray, but this year, more than 450 candidates with backgrounds in science, technology, engineering and math are also seeking state and federal offices.

Lauren Underwood, a nurse from Chicago, and Joseph Kopser, an aerospace engineer from Texas, are just two of the hundreds of scientists throwing their lab coats into the political ring for the first time. Underwood believes Washington needs a nurse at the table if they're going to take a real shot at fixing America's health care system. Kopser is motivated in part by today's rhetoric around science.

"I think that what we have right now is a perceived threat to just the basic concept of science and facts," Kopser said.
He doesn't think it's hard to make the jump from more analytic fields like engineering to politics. He even sees a way to apply the scientific method to politics.

"The whole reason why I got into aerospace engineering as a cadet at West Point, why I wanted to be an astronaut, was because I was inspired as a kid," Kopser said. "There was nothing more American than the moon landings. So, in terms of public service, it's just a natural extension. The scientific method allows you to make a hypothesis about different parts of it and then where we can leverage ideas, we can test ideas, we can see what works, and that is what I intend to do."
Kopser served in the army for 20 years and ran his own company. He decided this year was the year to run for Congress. In May, Kopser won his primary in Texas's 21st district, which covers parts of San Antonio and Austin. He described himself as a "blue-jean, beer-drinking" type of engineer and promised there are more like him.

"So that's the best part about stereotypes, is if you lead with walking into a discussion, 'I'm an aerospace engineer, I'm here to solve the problem.' It's not gonna solve anybody's problem … but if you walk in and say, 'I, too, struggle with this.' Or 'I, too, understand that.' And then start to have it kind of come out, that's my favorite part of any conversation. When someone would look at me and say, 'Well, how'd you figure that out? You some kind of rocket scientist?" Kopser said.

"I feel like this is what this moment is calling for. We have witnessed something that I feel like's never happened before," Underwood said. "We see our policy makers trying to dismiss facts. And they are ignoring facts and not consulting experts. But at the end of the day, truth penetrates."
Two former EPA chiefs, Christine Todd Whitman and Gina McCarthy, said that although the majority of scientists are running as Democrats, the need for scientists at the table isn't red or blue.

"Personally, are they left or right? Yeah, of course, everyone has their own political opinions. But when they are doing their science advisory board, that's peer reviewed. They care about their reputations. They are not going to jeopardize them by fiddling with the science," Whitman said.
Whitman, a Republican, served under President George W. Bush. McCarthy, a Democrat, served under President Obama. They both believe scientists' voices are needed – particularly now.

Of the sudden influx of candidates with a science background, McCarthy said, "Clearly, they see the same thing that we do, which is: it's not just the science under attack, but it's the scientists themselves … and we need people in leadership positions in the public sector who can help make sure there's evidence and fact-based decisions being made."

Not everyone agrees. In a recent interview with "60 Minutes," President Trump repeated his skepticism about climate change and questioned the motives of scientists in general.

However, according to Shaughnessy Naughton, the war on science didn't begin with the Trump administration. She is the president of 314 Action, a nonprofit political action committee helping STEM candidates learn the political ropes. This year, they received interest from over 7,500 scientists.

"It has gone from what felt like a war on science to an all-out war on facts and that has acted as a catalyst," Naughton said. "Whether it's cybersecurity or nuclear weapons, protecting the integrity of our elections or something like climate change, why wouldn't we want scientists at the table, helping to decide policy and as deciders and not just as advisers?"
But there's risk in this approach. While Americans overwhelmingly hold a positive view of scientists as trustworthy, that could be threatened when politics is introduced into the realm of science.

"I wouldn't be worried about it, because scientists are coming into the political realm and standing for all of us," Whitman said. "We need more scientists, we need STEM education, and we need more people taking it up from all walks of life."
McCarthy added, "Scientists are not interested in becoming political leaders so that they can politicize the science. They want to join so that the science cannot be politicized." 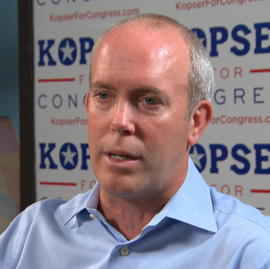 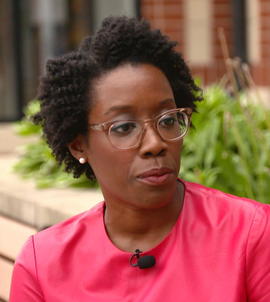