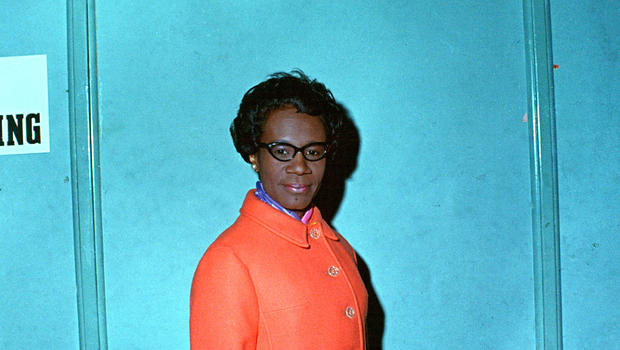 WASHINGTON — It has been 50 years since Shirley Chisholm stared down sexism and racism to become the first black congresswoman in history. Today, members of Congress say they carry her lessons with them.

Rep. Sheila Jackson Lee, D-Texas, told CBS News that Chisholm encouraged those around her to be "tree-shakers" and "changemakers." Lee said that mentality was evident in Chisholm's first marquee squabble in 1969 as the urban congresswoman took on party leadership when she was appointed to the Forestry and Rural Villages committee.

With hard work and by recognizing the poverty in her district, Chisholm used the committee placement to help institute federal nutritional food programs that are still used by millions today.

"Many of us who started at the bottom, as women came in, we were always in the junior seat," Jackson Lee said, "I think what she taught me was you came there to do- respect your colleagues, but do what you have to do and move forward."

Not long after she entered Congress in 1969, Chisholm decided to disrupt political mores again in 1972. She ran for president.

A stop on Chisholm's campaign trail was through a Mills College government class that Rep. Barbara Lee, D-Calif, was taking. Lee told CBS News that she was set to flunk out of the course at the time because she was uninspired by the other 1972 candidates and the course required campaign work.

However "[Chisholm] talked about all the issues that were resonating with me as a young, African American, single mom on public assistance," Lee said.

Even though their relationship started with Chisholm scolding Lee for not registering to vote that year, Lee served as a convention delegate and worked on her campaign. Roughly 20 years later, Chisholm reciprocated the support and campaigned several times for Lee's own elections.

"Every day I'm reminded she would say, 'These rules [and] these laws inside were not made for you, they weren't made for me,'" Lee said. "'So you've got to get in there and shake things up.'"

"[She] made me feel pretty legitimate," Johnson said. "It made me feel that it is possible to get out and generate some respect and feel confident about being heard."

Chisholm served seven terms in Congress. Her former colleague, Rep. Charles Rangel, told CBS News he was certain Chisholm was "not treated fairly" by fellow congressmen but that she "made lemonade out of lemons."

"I knew that she believed that women don't have to take a back seat to anybody," Rep. Marcia Fudge, D-Ohio, said. "Her slogan was 'unbought and unbossed,' and it's something we still say today."

After Congress, she continued to make an indelible impact on politics and culture.

Rep. Hakeem Jeffries, who represents a part of Chisholm's Brooklyn district, said he was first cognizant of her impact while listening to hip hop artist Biz Markie in the 1980s. He said the lyrics "Reagan is the Pres but I voted for Shirley Chisholm" capture the "cultural importance of Chisholm that was penetrated beyond those who followed politics closely."

Her impact, according to Jeffries, laid the foundation for years to come.

Jeffries said for decades there has been a friendly rivalry between his and Rep. Yvette Clarke's predecessors over who is the rightful heir to the original Chisholm turf that was split up after she left office. "We've concluded that Shirley Chisholm was such a bad sister it took two members of Congress to replace her," Jeffries quipped.

Clarke told CBS News a "pride of service" is still present today in her district.

As the daughter of Caribbean immigrants, Chisholm helped change how the immigrant community was perceived and showed everyone how they could be successful Americans, according to Clarke.

"Her run for Congress actually extended the Voting Rights Act into the Northeast," Clarke said.

For efforts like those, Clarke and Sen. Kamala Harris, D-CA. introduced a bill earlier this year to install a statue of Chisholm for display inside the U.S. Capitol.

And while Chisholm was certainly a serious woman, her lighter side is remembered, too. A few senior members told Clarke about the former congresswoman's passion for classic ballroom dancing. "I hear she was awesome," Clarke said.

Several members said the legacy of Chisholm will be on wide display this midterm election as scores of minority women are running for office across the country. "We stand on the shoulders of Shirley Chisholm," Rep. Robin Kelly, D-Ill., said as she traveled the country campaigning for these candidates.

Before Chisholm's death on January 1, 2005, the former congresswoman was honored with a unanimously-passed House resolution introduced by Lee. 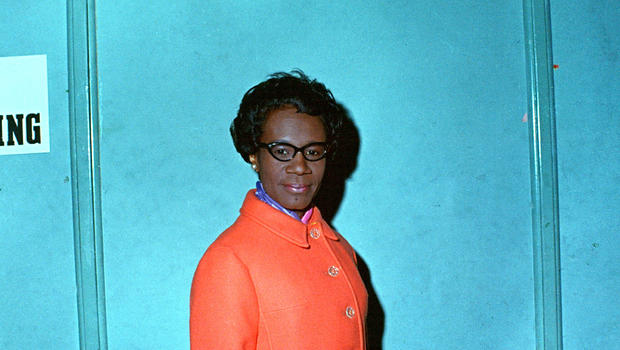