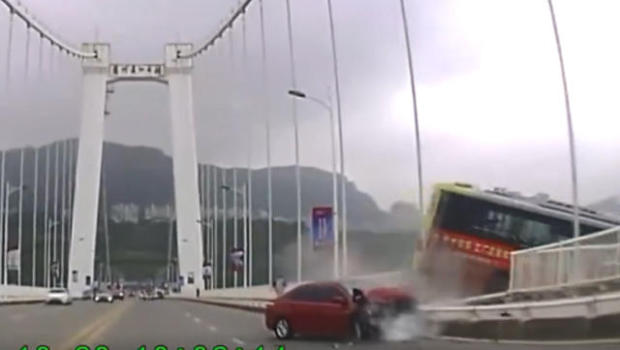 BEIJING — Police say a brawl between a passenger and a bus driver led to the bus plunging off a bridge in southwestern China Sunday, killing 13 people on board and leaving two missing. The local government in Chongqing released a brief video Friday showing it all unfold.

The first half is surveillance footage from the bus. A passenger is seen hitting the driver, who hits back, then loses control of the bus, which begins shaking violently, apparently upon impact with something. The second half is dashcam video from a car on the span. It shows the bus veering into the oncoming lanes, colliding with a car, then smashing through a guardrail and plunging into the Yangtze River below.]

Rescuers recovered the wreck of the bus Wednesday night.

Chongqing police say the female passenger was hitting the driver because she was upset after missing her stop.

The official Xinhua News Agency said Friday 13 bodies had been retrieved from the river and two others were still missing. No one is believed to have survived. 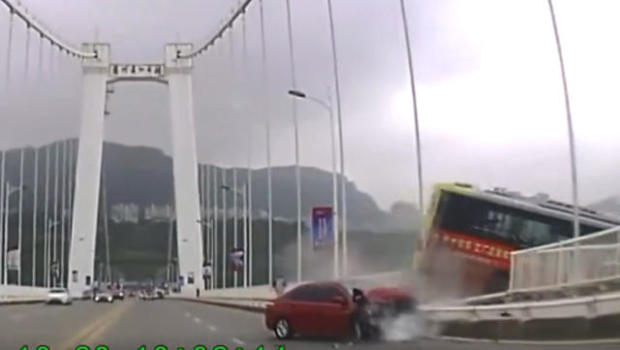 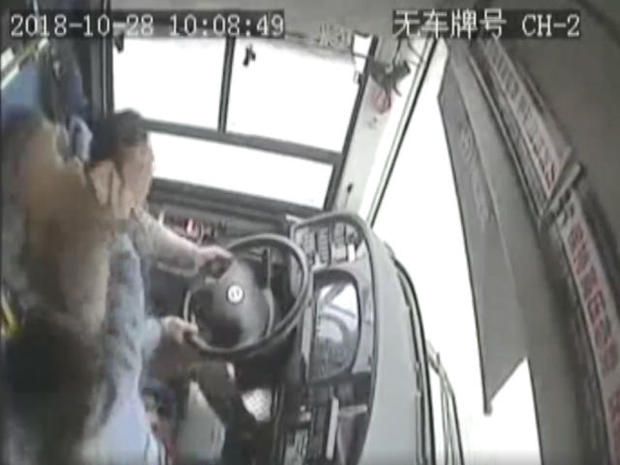